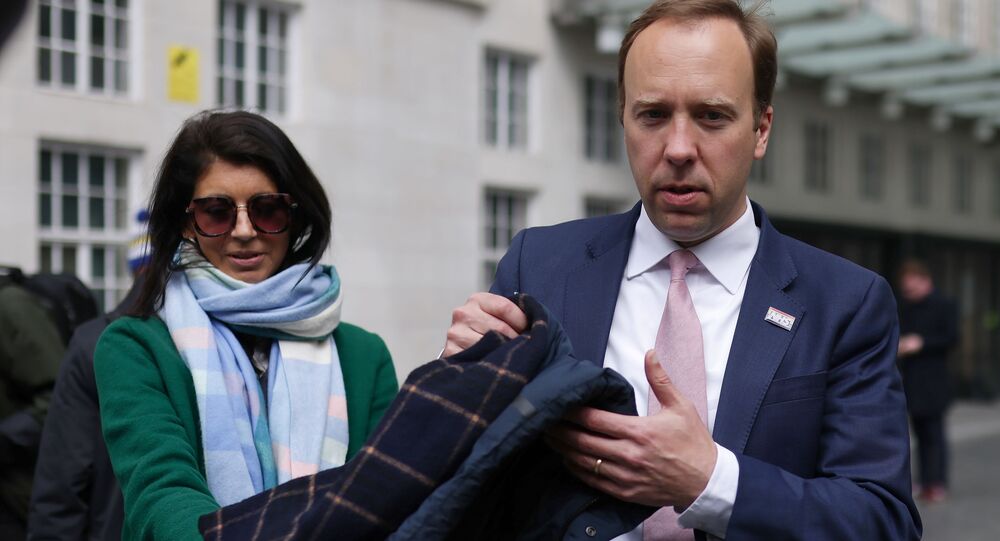 The new rules, if adopted at the time, could have resulted in the prosecution of journalists who exposed the breaking of COVID-19 rules by former Health Secretary Matt Hancock, critics have reportedly claimed.

The UK government’s plans to reform the Official Secrets Act might result in hefty prison sentences for journalists over stories that embarrass the authorities, the Daily Mail reports.

According to the newspaper, the new legislative changes would deprive journalists handling leaked documents of a defence "if charged under new laws designed to clamp down on foreign agents".

While human rights organizations and the Law Commission reportedly argue for the inclusion of a "public interest defence" that would prevent the prosecution of journalists who receive leaked documents, the Home Office insists that it would "undermine our efforts to prevent damaging unauthorised disclosures, which would not be in the public interest".

"Since the passage of the Act in 1989, there have been unprecedented developments in communications technology (including data storage and rapid data transfer tools) which in our view, means that unauthorised disclosures are now capable of causing far more serious damage than would have been possible previously", a document released by the Home Office states. "As a result, we do not consider that there is necessarily a distinction in severity between espionage and the most serious unauthorised disclosures, in the same way that there was in 1989."

As the newspaper notes, critics of the new proposal argue that the new rules could have resulted, for example, in the prosecution of journalists who exposed the breaking of COVID-19 rules by then-Health Secretary Matt Hancock.

"Existing legislation distinguishes provisions and penalties between those who leak or whistleblow, those who receive leaked information, and foreign spies", said a spokeswoman for the National Union of Journalists. "The government proposes to eliminate or blur these distinctions. The government also wants to increase the maximum penalties that journalists might suffer for receiving leaked material from two to 14 years."

She added that the union "has long argued that where whistleblowers believe that they have acted in the public interest, they should be able to make this case in court, and if a jury agrees with them, be protected".

Other groups who have criticized the new laws reportedly include the Index on Censorship and the Open Rights Group.

News of this development also elicited criticism from a number of social media users who did not seem entirely pleased with such a turn of events.

And yet people let this government have more and more control over their lives... pic.twitter.com/enQCUzaKXf

Lmao what are we in North Korea or China? Freedom of the press is now dead

😭😭 govt really have no shame