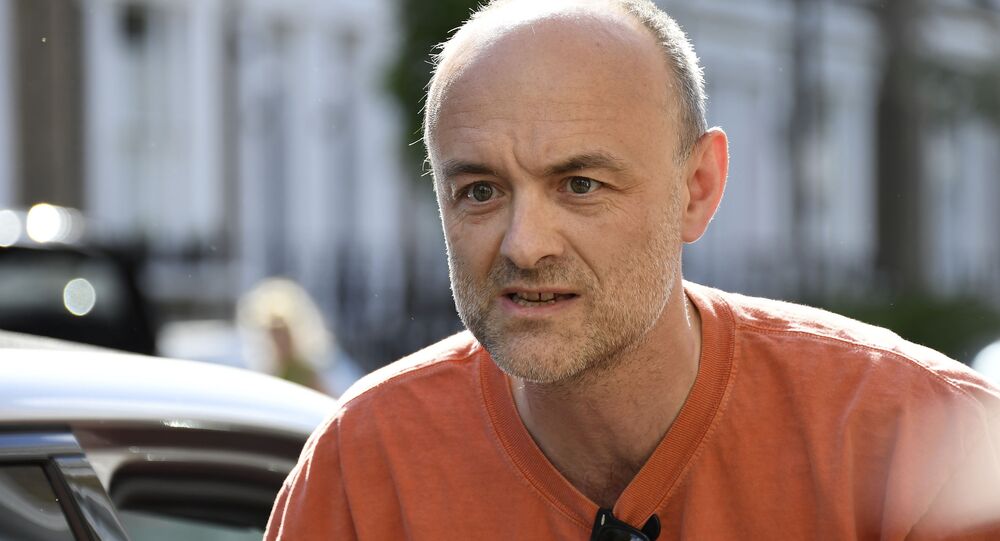 Dominic Coming Out: Boris Johnson Opposed Lockdowns as People Dying in UK Were Mostly 'All Over 80'

Boris Johnson’s chief adviser Dominic Cummings left his powerful post in November 2020 and since then has fired several shots at the government of his former boss, criticising his response to the COVID-19 pandemic.

Dominic Cummings has accused Boris Johnson of placing his “political interests ahead of people’s lives” as the prime minister apparently didn’t want to ruin the British economy with stricter COVID-19 restrictions simply in order to prevent deaths among the elderly.

Since Cummings’ departure from 10 Downing Street last year, the political strategist has launched an unprecedented attack on his former boss and key Brexit ally Johnson, telling the MPs that the prime minister was effectively unfit to lead the UK out of the pandemic.

Speaking to BBC in his first ever one-on-one TV interview, Cummings said that Johnson believed that people dying in the UK during the pandemic were “essentially all over 80” and there was no need to “kill the economy” on their behalf.

As his interviewer, BBC political editor Laura Kuenssberg, noted that this was a serious accusation to make against the prime minister, Cummings responded by saying that his words could be easily backed by other officials.

‘Don’t Buy All This NHS Stuff’

BBC cited Johnson’s alleged WhatsApp message from 15 October, where the prime minister apparently argued that "Hardly anyone under 60 goes into hospital... and of those virtually all survive.”

“And I no longer buy all this NHS overwhelmed stuff. Folks I think we may need to recalibrate... There are max 3m in this country aged over 80,” Johnson reportedly went on to write. "It shows we don't go for nationwide lockdown."

On 31 October, the prime minister actually announced a four-week lockdown in England as daily cases and deaths were on the rise in the UK, reaching several hundred fatalities per day. Johnson justified the stricter measures by the need to protect the NHS over concerns that deaths could climb to “several thousand a day” if “tough action” was not introduced.

According to Cummings, Johnson just wanted to let COVID “wash through the country”.

‘I Am Going to See the Queen’

Cummings claimed that the prime minister even wanted to keep on visiting the Queen in person every week after the pandemic had already kicked in across the world. The former Downing Street chief adviser said that it was him who stopped the prime minister from this imprudent move to protect the British monarch from catching the virus.

"I just said, 'If you give her coronavirus and she dies, what are you going to [do]? You can't do that. You can't risk that. That's completely insane.’” Cummings told the BBC interviewer.

The Downing Street responded to the accusations by saying that “since the start of the pandemic, the PM has taken the necessary action to protect lives and livelihoods, guided by the best scientific advice”.

Johnson previously argued that his government’s priority had always been to “save lives” following Cummings’ crushing testimony to the British MPs. The former chief adviser told the parliamentary communities back in March that because of the government’s “chaotic” response to the pandemic, “tens of thousands of people died, who didn’t need to die”.

Dominic Cummings left Downing Street in November 2020 following an internal power struggle as he had also seen his reputation sunk for not following the government COVID guidelines by making a long trip from London to his parents' farm in County Durham on 27 March 2020, when his wife was already displaying coronavirus symptoms, and another brief journey while already in the county.

The full interview will be broadcast on BBC Two on Tuesday at 19:00 BST.