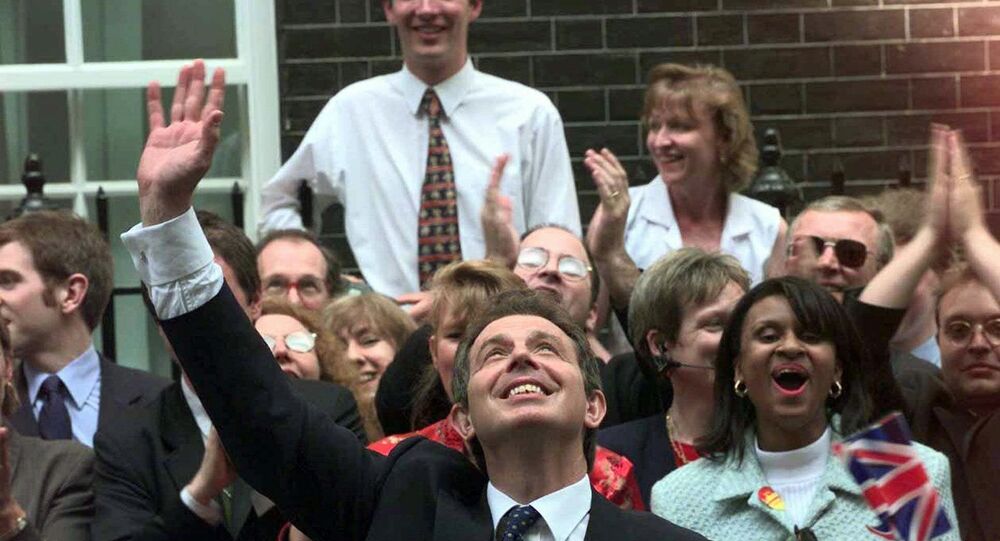 The Labour Party was swept into power, with Tony Blair as prime minister, when it won a landslide election victory in May 1997. Blair had repeatedly promised to tackle “crime, and the causes of crime” but new documents showed how difficult Home Secretary Jack Straw found the job.

Documents which have remained secret until now show how the new Labour government equivocated over what legislation to pass to tackle crime a few months after it came to power in 1997.

One of the final acts of the outgoing Conservative government was to get Royal Assent for its Crime (Sentences) Act which introduced tougher punishments for a number of serious crimes.

But in July 1997 Angus Lapsley, the private secretary to the new Home Secretary, Jack Straw, wrote to Blair: “In opposition the Labour Party supported the Bill so the Home Secretary is committed to most of its content.”

Really feel for prisoners in this heat, in 2018 when we had the heat wave, I was in Wandsworth and the cells were like saunas,2 men in one room, body heat, no real window, no breeze, you could taste the heat, PDSA wouldn’t leave an animal in this environment! No humanity! #prison

​Lapsley goes on to list several parts of the Bill which Straw would not be implementing, including: “mandatory minimum sentences (3 years) for those convicted of a third burglary (which would increase the prison population by 4,000.)”

Britain's prisons were bursting at the seams -  there were mass riots at Strangeways prison in Manchester and several other locations in 1990 and the jail population had risen to 62,000 by 1997 - and Straw was keen to reduce the number of inmates.

Lapsley wrote that Straw would not be implementing “new early release arrangements which would have made parole rules less flexible” because these too would increase the prison population.

Lapsley then warns Blair: "It is important that the decision not to implement parts of the act is not seen to be driven by overcrowding (although that is an immediate factor)."

The letter is typical of the “spin doctoring” which Blair’s government was to be criticised for in the ensuing decade.

Straw also considered whether to do away with juries for complex fraud trials.

Trial by jury has been a central tenet of English justice for centuries but in 1997 the Labour government worried about how to continue with it in light of a number of long and complex fraud trials which became extremely expensive and often collapsed because of jury exhaustion or hung juries.

In December 1997 Straw wrote to the Deputy Prime Minister, John Prescott, about the possibility of dispensing with juries for complex fraud trials.

Straw makes it clear that it was Gordon Brown, the then Chancellor of the Exchequer, who was pushing the no-jury agenda to save money.

Four options are suggested by Straw - “special juries, the judicial option, the tribunal option and trial by single judge with jury for key decisions.”

But in the event the Labour government decided against doing away with juries for financial crimes and in 2005 the Jubilee Line fraud trial collapsed after an astonishing 21 months. All of those on trial were acquitted and the total cost of the trial was £60 million.

Five years later John Twomey and three other men became the first in 350 years to be convicted by a trial sitting without a jury in England. The four were convicted of a £1.75 million armed robbery and the case had been hampered by allegations of attempted jury tampering, or nobbling.