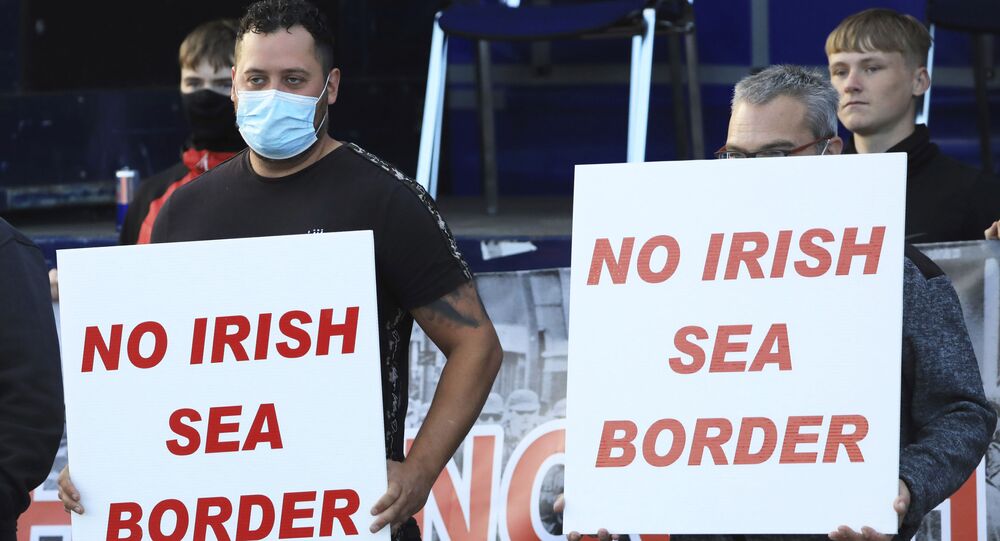 UK Brexit Minister and key negotiator David Frost said on Monday that the Northern Ireland Protocol "can only be made sustainable if the barriers on trade GB-NI can be reduced."

Frost told British lawmakers on Monday that it wasn't yet clear whether or not a fundamental rebalancing of the Northern Ireland Protocol was possible.

"What we haven't yet tested is whether a fundamental rebalancing of where the protocol works is possible. You know if that sort of negotiation isn't possible then obviously, we have considered that situation, but given the delicacy of the situation in Northern Ireland in all kinds of ways, we think it is right for us to proceed in the most sort of responsible and predictable way that we can," the minister said.

According to Frost, all options were on the table in talks with the European Union including the invocation of Article 16 of the NI Protocol, a document that governs the customs and immigration issues on the border in the island of Ireland.

Article 16 allows either party to take unilateral measures if applying the protocol "leads to serious economic, societal or environmental difficulties that are liable to persist".

Frost will further update the Parliament on the issue on Wednesday, followed by a paper on Brexit.

Brussels expects Frost will push for a deviation from the protocol unless the EU agrees to compromise, said an EU diplomat who was briefed on talks with British negotiators. As London seeks more flexibility on EU’s part over agri-food rules in order to limit the impact on everyday lives, it is expected to give the EU a warning.

"It will be a plea for more talks with the EU combined with a threat," a senior EU official was reported to say. "But we will not agree to the reopening of the Irish protocol."

London is far from pleased with the paperwork and checks which have been imposed on the border between Ireland and Northern Ireland, which could prevent British food staples such as sausages from entering the 'Southern' part of the island.

Preserving the integrity of the membership of the UK and Ireland in the EU single market, while upholding the provisions of the 1998 Good Friday Agreement, has been a complicated task for the negotiators.

The spokesperson for UK Prime Minister Boris Johnson said on Monday that Downing Street will set out the approach to the Northern Ireland Protocol in due time.