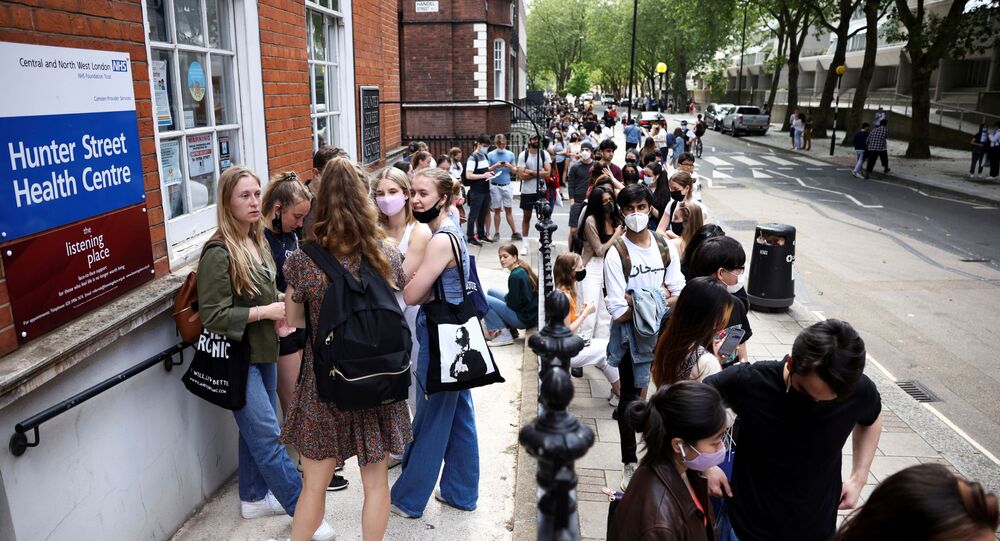 Pingdemic in Britain: Half a Million Asked to Self-Isolate as NHS Staffers Spared

UK vaccines minister Nadhim Zahawi is confident that now is “as good a time as any” to lift most Covid-19 restrictions, despite the fury of critics and the impending “pingdemic”.

The term “pingdemic” refers to members of the public being pinged by the Track and Trace app on their phones if they had been in close contact with Covid-positive people.

More than half a million people were sent alerts and asked to self-isolate by the Covid-19 app in England and Wales in the first week of July, which marked a 46% rise on the previous week.

However, according to Zahawi lifting most mandatory restrictions was an "important step forward".

"There is no perfect time to take this step, this is as good a time as any as [Professor] Chris Whitty has said, with the summer holidays and schools being out, which will hopefully bear down on the R-number, the transition rate. So, I'm confident that we are doing the right thing,” Zahawi said in a statement.

As Britain enters a new stage of social conduct on 19 July, it has been announced that frontline health workers in England won’t have to self-isolate if pinged, so that the UK may tackle the NHS staffing crisis.

This comes soon after UK Prime Minister Boris Johnson and Chancellor Rishi Sunak were pinged by the NHS Track and Trace after they’d been in contact with Health Minister Sajid Javid, who tested positive for coronavirus.

Monday marked the opening of nightlife venues across the country, with hundreds of thousands attending nightclub and other events previously banned under Covid-19 restrictions. So-called “freedom day” saw Brits come into close contact at indoor and outdoor venues in celebration of the return to life before Covid.

​Even though more than half of the UK population has been fully vaccinated, the transition rate of the virus is not going down, with the latest data reporting 48,161 daily cases.

Covid-19 numbers have prompted the government to make the major concession of giving the NHS an opt-out from self-isolation to deal with the crisis.