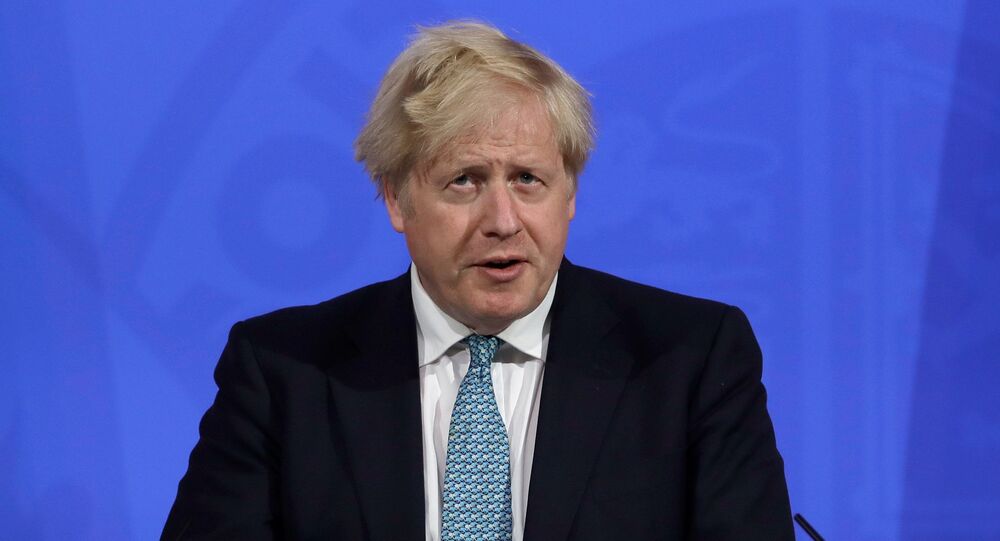 Earlier in the day, Downing Street announced that Johnson and Chancellor Rishi Sunak could take part in the daily contact testing pilot "to allow them to continue to work" from the office after Health Secretary Sajid Javid tested positive for coronavirus.

UK Prime Minister Boris Johnson and Finance Secretary Rishi Sunak will self-isolate in accordance with the national guidance and won't take part in an alternate, self-isolation pilot scheme, a spokesman for the prime minister's office said on Sunday.

"He will continue to conduct meetings with ministers remotely. The Chancellor (Sunak) has also been contacted and will also isolate as required and will not be taking part in the pilot," the spokesman said, as quoted by Reuters.

Later, Johnson said that it is important for everyone to stick to the same rules on self-isolation.

Like so many people I've been pinged by NHS Test and Trace as I have been in contact with someone with COVID-19, and I will be self-isolating until Monday 26th July. pic.twitter.com/X57gDpwDqe

​This comes after earlier Downing Street said that Johnson and Sunak had been contacted by NHS Test and Trace team after Health Secretary Sajid Javid had tested positive for COVID-19. It was expected that the two officials wouldn't self-isolate, opting instead to take part in a new daily contact testing pilot scheme that would allow them to continue to work from the office.

Johnson had had two doses of AstraZeneca vaccine this year, following his hospitalisation last year with coronavirus. In view of that, some media reports suggested that the prime minister won't have to self isolate for 10 days in case he took part in a potential pilot scheme.

Health Secretary Sajid Javid took to Twitter on Saturday to announce that he had tested positive for COVID-19. He added that his symptoms were very mild following the vaccination he had had earlier.

This morning I tested positive for Covid. I’m waiting for my PCR result, but thankfully I have had my jabs and symptoms are mild.

Please make sure you come forward for your vaccine if you haven’t already. pic.twitter.com/NJYMg2VGzT

​However, since Javid felt unwell shortly after he had had a meeting with Johnson and Sunak at 10 Downing Street, the two officials, as well as staff members, were expected to be 'pinged' by the NHS Test and Trace programme, which requires anyone who has had contact with an infected person in the last 48 hours to self-isolate.