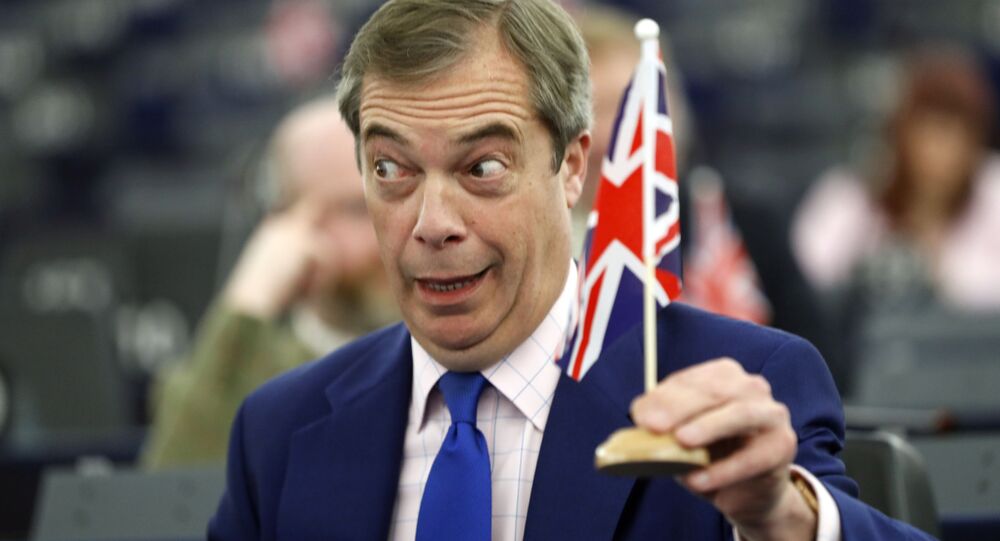 The appointment comes several days after the broadcaster’s director of programming reportedly quit amid backlash against one of its presenters taking the knee on air. The Former Brexit Party leader has already pledged not to follow his colleague's footsteps.

Neil Farage has been appointed host of an hour-long prime time show from Monday to Thursday at 7 pm, which is due to start next week. Farage got the job just days after GB News programming chief, John McAndrew, reportedly resigned in the wake of a viewer backlash over presenter Guto Harri's decision to take the knee on air to support black players who faced racial abuse on social media after England's defeat in the Euro 2020 final.

Following the incident, the news channel has been facing plummeting ratings, and Farage's appointment is now considered a move to reverse the situation.

In an address, ​published on his Twitter account, the former Brexit Party leader pledged not to take the knee on the show.

“We’ll take on the tough issues on the day and interview people who really understand their subject, not just some minister who is there to spout the party line. I want your opinions too,” he added.

GB News channel launched in June with a pledge from ex-BBC presenter Andrew Neil to cover “the stories that matter to you and those that have been neglected”. GB News boss Andrew Neil vowed then to expose the promotion of the so-called "cancel culture” and give a voice to persons who feel "silenced”.