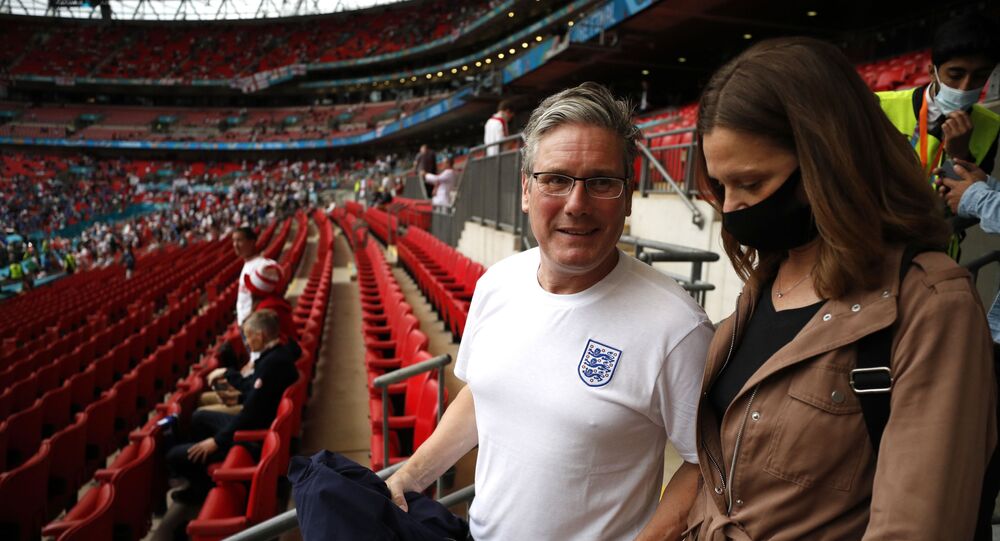 The latest opinion poll from Survation, published on Tuesday, put Prime Minister Boris Johnson's Conservatives 11 points ahead of Labour — despite a string of recent scandals and accusations against the government.

Former Labour voters have told party leader Sir Keir Starmer he is in a "death spiral" and has a "massive job" to win them back.

In a publicity stunt documented by British state broadcaster BBC's political editor Laura Kuenssberg, Starmer travelled to the seaside town of Blackpool in Lancashire to meet a group of voters his party has lost over the years — many of whom did not even know who he was.

"I have no idea when I last voted labour, no idea in the slightest", said a a young disabled women. "And I've got no idea who he is!"

"Pleased to meet you. I don't even recall ever seeing you before", said another woman. "You're not out there are you, at the minute anyway, I wouldn't have known who you were".

"Well we can fix that", Starmer laughed awkwardly.

"Trust is invaluable. If you lose trust... to get that trust back, is so difficult", said an older man. "You're on kind of a death spiral".

© REUTERS / UK PARLIAMENT/JESSICA TAYLOR
Four in Ten Labour Members Want Starmer Out if Party Loses Third By-Election, Poll Shows
"I would love to believe you, but I don't know yet whether I can believe you", said an older woman. "So I'd have to take a risk, wouldn't I?"

The group was unimpressed by Starmer's pledge to create more jobs for under-25s.

"Under 25s, don't waste your money", said the disabled woman. "If they want to work, they are already working. But they're just sitting on their backsides, they don't want to".

The latest opinion poll from Survation published on Tuesday put Prime Minister Boris Johnson's Conservatives 11 points ahead of Labour — despite recent allegations by former Downing Street adviser Dominic Cummings, the resignation of Matt Hancock as health secretary for having an affair with a senior adviser, and criticism of the government over online racial abuse of England football players.

​"He's got a massive, massive job to do to get people to vote Labour again", said one man in the clip.