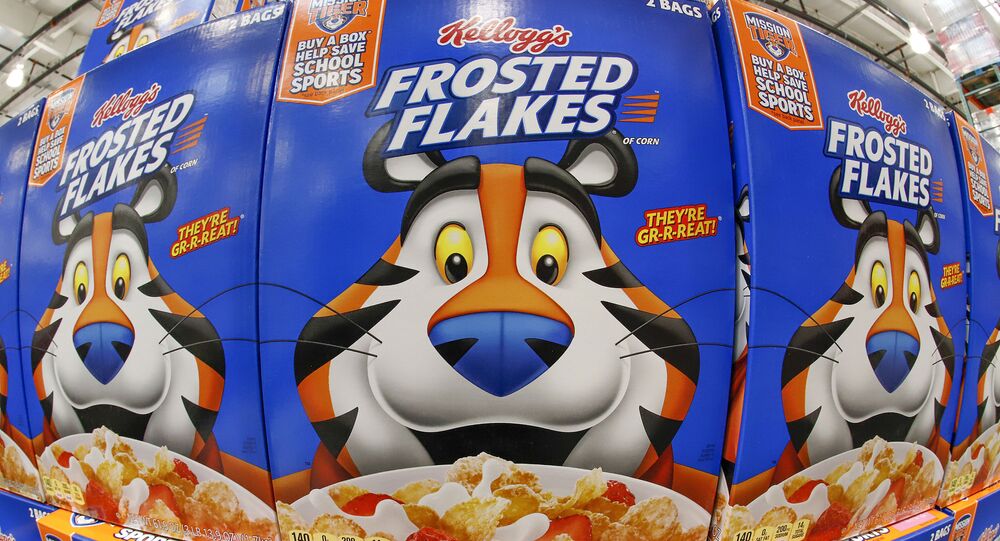 Henry Dimbleby — the Eton and Oxford-educated son of veteran BBC presenter David Dimbleby — floated the idea of a “meat tax”, despite being the co-founder of the fast food chain Leon, whose menu includes gourmet burgers and fried breakfasts.

UK economists and industry bodies have hit back at the government's "food czar" after he demanded "sin taxes" on unhealthy foods that will hit poor families in the pocket.

"The way we produce food is doing terrible damage to the environment and to our bodies, and putting an intolerable strain on the National Health Service", he wrote in a report released on Thursday.

“The question you have to ask then is: ‘is the freedom to keep Frosties cheap worth destroying the NHS for?'”, Dimbleby told BBC Radio Four's Today programme.

The report called for a "snack tax" of £3 per kilo on sugar and £6 per kilo on salt contained in foods, along with allowing family doctors to "prescribe" free fruit and vegetables to low-income families and hand out £285 million in fruit-and-veg vouchers every year.

Ironically, Dimbleby even floated the idea of a "meat tax" — despite being the co-founder of the fast food chain Leon, whose menu includes gourmet burgers and fried breakfasts.

A 750g box of Kellogg's Frosties is priced at £3 on supermarket giant Tesco's home-delivery website. The proposed tax would add 87 pence to that. By contrast, the annual NHS budget in England alone — excluding Scotland, Wales and Northern Ireland — is £133 billion for the year 2021-22.

The food czar, the son of veteran BBC news and current affairs presenter David Dimbleby, was educated at the exclusive private boarding school Eton College before studying at Oxford University.

Free market think tank the Institute of Economic Affairs (IER) did not sugar-coat its opposition to the proposed tax in a salty statement on Thursday, saying Dimbley's admission that the tax will cost consumers £3 billion was an underestimate.

“Once again, rich people want to clobber ordinary people with stealth taxes, this time on sugar and salt", IER head of lifestyle economics Christopher Snowdon said. “At a time of rising inflation, after the deepest recession in 300 years, Mr Dimbleby really needs to read the room".

Snowdon pointed out that Dimbleby admits "a meat tax would be unpopular and regressive", adding: “If Boris Johnson is foolish enough to act on these recommendations, he will soon find the same is true of taxing basic nutrients”.

"A salt and sugar tax will ultimately impact those families who are already struggling to make ends meet, by making food and drink more expensive", warned the Food and Drink Federation's chief scientific officer Kate Halliwell.

"This is yet another case of middle-class meddling that will hit the poorest families hardest, as this madcap scheme will hike up costs of everyday essentials", chimed TaxPayers' Alliance chief executive John O'Connell.

Johnson distanced himself from his adviser's recommendations, saying "I am not, I must say, attracted to the idea of extra taxes on hard working people".

© REUTERS / Christinne Muschi
EU Plans to Exempt Celebs’ Private Jets From Green 'Climate Tax'
The UK already has a range of "sin taxes" in place — although critics say they are aimed more at raising revenue than promoting a healthier lifestyle.

The 20 percent Value-Added Tax (VAT) rate is already charged on a range of sugary, salty, and fatty foods, such as chocolate-coated biscuits, crisps, and other savoury snacks, sweets, ice cream, and soft drinks — including sports drinks and even mineral water.

Since April 2018, sugary drinks also have a special tax levy imposed on them. Drinks containing more than 5g — roughly one teaspoonful — of sugar per 100ml are charged at 18p per litre, while those with 8g/100ml — two teaspoonfuls — pay 24p per litre.

Most wine is taxed at around £3 per litre, average-strength beer at 19p a litre, and average ciders at 40p per litre. The duty on a litre of spirits with a strength of 40 percent alcohol is £11.50.

Drivers are also hit with a 58 pence-per-litre duty on petrol and diesel, currently selling for about £1.30 per litre at the pump. That comes on top of road tax, which is now based on vehicle carbon dioxide emissions to encourage motorists to trade in for more fuel-efficient hybrid or electric cars and vans.

'Obesity is On the Rise in UK but Latest Trendy Diets Aren’t the Cure', Psychologist Warns