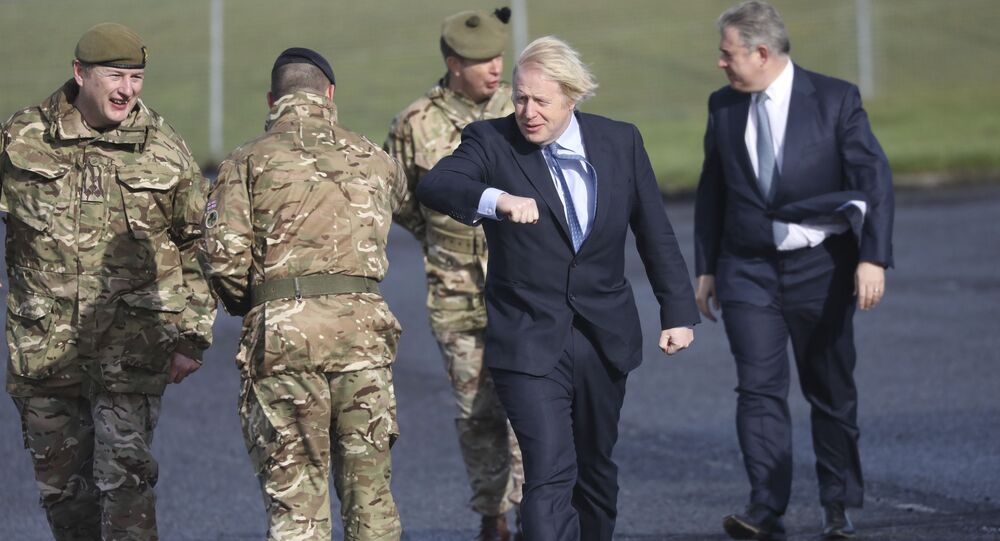 More than 3,600 people suffered violent deaths during The Troubles - 30 years of sectarian strife in Northern Ireland, which was ended by the Good Friday Agreement. But in the last 20 years there have been repeated attempts to get to the bottom of who perpetrated certain atrocities and bring them to justice.

The Northern Ireland Secretary Brandon Lewis has announced plans to introduce a statute of limitations which would effectively block the prosecution of soldiers for crimes committed during The Troubles.

It comes two weeks after the Public Prosecution Service in Northern Ireland dropped charges against two retired British Army soldiers over incidents during The Troubles. One of them, Soldier F, was accused of murdering two unarmed men - James Wray and William McKinney - on Bloody Sunday in Londonderry in 1972.

Today the British Government made it clear that victims don’t matter to them.

They have cruelly decided to cover up their conflict role in Ireland forever.

As always, Britain’s interests come before everything else. They care nothing for victims or for truth & justice.

​Unveiling the plan for a statute of limitations in Parliament on Wednesday, 14 July, Mr Lewis also said there would be a new independent body which would seek out the truth about deaths during The Troubles.

But he said it did not make sense for the Police Service of Northern Ireland to be investigating, as it is, 1,200 deaths some of them dating from more than 40 years ago.

Mr Lewis admitted it was a "hugely difficult and complex issue" but he said it was "​the best way to help Northern Ireland move further along the road to reconciliation."

.@BrandonLewis says the govt is committed to introducing the new legacy legislation to Parliament by the end of autumn

​The Shadow Northern Ireland Secretary Louise Haigh said it amounted to an "amnesty" for people who had committed murders and other serious crimes.

In April the Conservative MP Johnny Mercer resigned as a defence minister over the government’s treatment of veterans who had served in Northern Ireland.

​He was angered that they were excluded from the Overseas Operations Bill, a new law designed to protect veterans from unwarranted prosecutions for alleged crimes committed while on duty abroad.

This is not a fait accompli. This is UKG outlining its position. Irish Govt has very different view (Stormont House), as do NI political parties & victims groups. SOSNI & I have committed to an inclusive dialog to try to agree consensus & that’s underway. https://t.co/MCQt5mbKgI

​In May this year a coroner ruled 10 people killed by the British Army during the so-called Ballymurphy Massacre in 1971 had been “innocent.”

A statement from the victims’ families this week said: "The Ballymurphy Massacre inquest findings in May this year is the perfect example of why there should not be a statue of limitations. We see this as the British government's cynical attempt to bring in an amnesty and a plan to bury its war crimes.”

​But it is not just victims of incidents involving the British security forces who are angry.

Julie Hambleton, whose sister Maxine was one of 21 people killed in a Provisional IRA bomb attack on a pub in Birmingham in 1974, has written to Prime Minister Boris Johnson to complain.

Very clear that British Govt focus is to protect military veterans. @BrandonLewis - “We will provide certainty for former members of the security forces, many of whom remain fearful of the prospect of being the subject of ongoing investigations ….” @rtenews

​In her letter she writes: "At what point did your government lose all sight of its moral, ethical and judicial backbone? How is this considered to be a deterrent for any future terrorist organisations?"

Ciarán MacAirt, a spokesman for the Time for Truth Campaign, said: "We are resolute that there should be no amnesty for conflict-related offences and we all should be equal in the eyes of the law.”

He said: "The perfidious British Government wants to ignore its international agreements and suppress our voices. It is running scared from truth, justice and acknowledgement."

"The weaselly words of Brandon Lewis and the British Government count for nothing, and they treat victims and survivors with contempt. The British state's interests may now lie in burying its war crimes and protecting its killers, but our families will continue to fight for our basic human rights," added Mr MacAirt.

On Tuesday, 13 July, the SDLP MP for Foyle, Colum Eastwood broke an injunction by naming Soldier F in Parliament. MPs are covered by parliamentary privilege but the Speaker, Lindsay Hoyle, urged MPs on Wednesday not to repeat Mr Eastwood's breach.