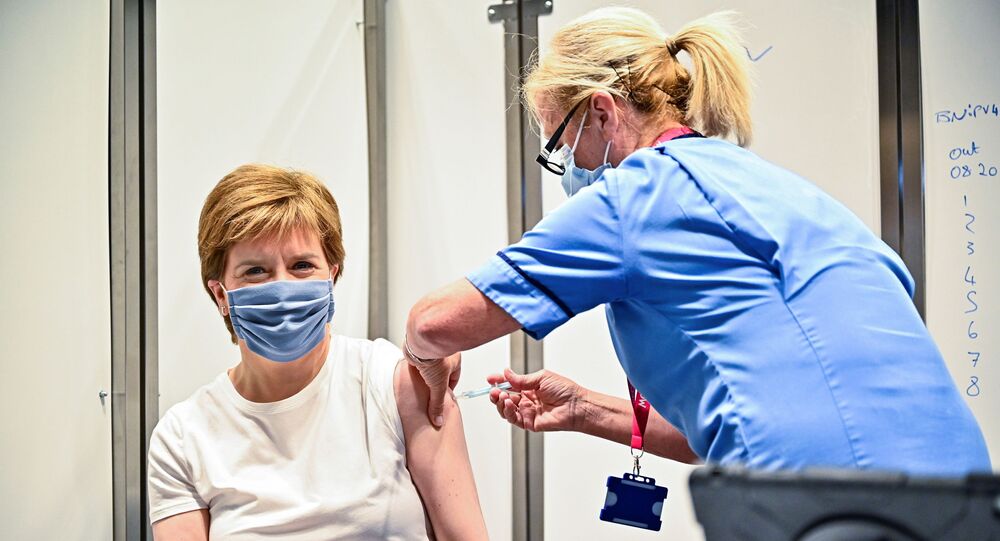 Scotland's devolved government has set its own pandemic regulations separately from England, Wales and Northern Ireland, with five 'protection levels', numbered from zero to four — but confusingly level zero does not mean zero restrictions.

Addressing MSPs at the Holyrood assembly on Tuesday afternoon, Nicola Sturgeon said the "protection level" would be lowered to zero on July 19, when England moves to its stage four of lifting the lockdown.

she stressed "this is the time for extreme caution" as she announced several key caveats for the unlocking — denying she was "slamming on the brakes" as England sailed on towards "freedom Day".

Sturgeon said the compulsory wearing of face masks would stay in place "not just now but in all likelihood for some time to come," saying not wearing masks would make it impossible for the "clinically vulnerable to go about their daily lives".

"Vaccination is definitely weakening the link between case numbers and severe acute illness," the first minister added, but warned that an infection rate of three per cent of the population would overwhelm hospitals.

Sturgeon warned of the risks of "long COVID" — the little-understood phenomenon where a small number of patients have experienced lingering long-term symptoms. And she claimed the Delta variant "has become something of a game-changer" and threatened to cause a resurgence in serious cases.

The first minister said her administration planned to move "beyond zero" on August 9, when all over-40s were expected to be fully-vaccinated, but until then urged employers to continue to "support home-working".

© Photo : Twitter / @BarzanSadiq
At Least 54 Dead After COVID Hospital in Iraq Catches Fire
In an echo of rules announced by the British Transport Secretary Grant Shapps last week, travellers returning from countries on the UK's travel "amber list" after July 19 would not have to self-isolate as long as they were fully-vaccinated and tested negative within two days of arrival.

Scotland's devolved government has set its own pandemic regulations separately from England, Wales and Northern Ireland, with five 'protection levels', numbered from zero to four.

But confusingly, level zero does not mean a full return to normality. Gatherings of friends and relatives are still limited to eight people from up to four different households at a home, 10 people from four households in a public indoor space like a pub or restaurant, and 15 from 15 households in a public open space like a park. Children under 12 do not count towards those totals, and 200 people can attend weddinmgs and funerals.

Earlier Scottish Conservative leader Douglas Ross said the country had to "keep moving forward" out of the lockdown.

He accused the devolved administration of failing to boost the vaccine programme and the Test and Protect system, stressing that "the public should not be punished" for those failures.

"If Tuesday's statement does not deliver a plan of action for tackling the virus and a clear timetable for exiting restrictions, Nicola Sturgeon risks losing public buy-in," Ross said.

Scottish Labour deputy leader Jackie Baillie said the SNP had "lost control of the pandemic" and must take "immediate action".

"We are at a crucial moment in the pandemic - it's about time we showed the urgency and ambition that we need," Baillie said.