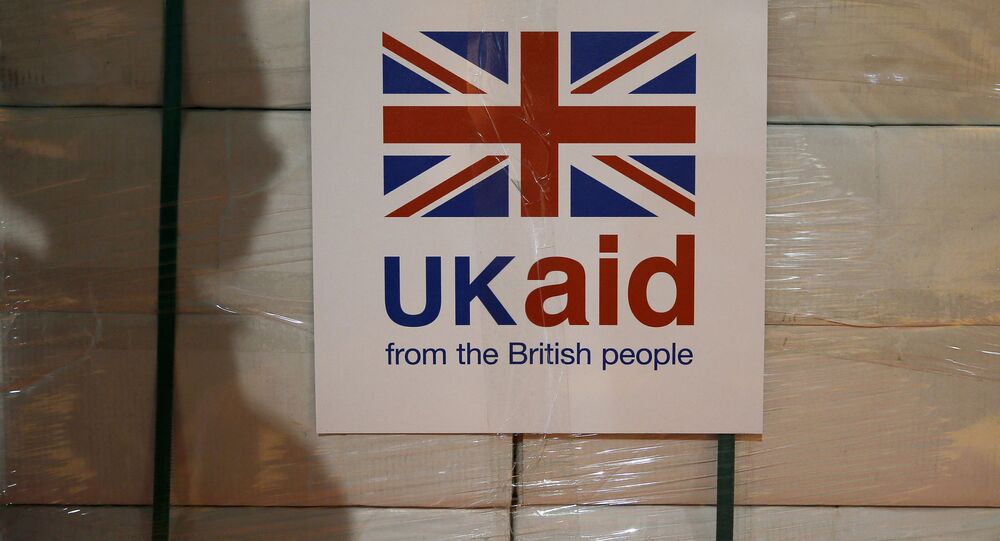 International charities and non-governmental organisations have repeatedly claimed that the UK’s decision to slash its financial support to the developing world by 0.2 percent of GNI would add up to the suffering of millions of people who are already struggling to survive the COVID-19 pandemic.

The UK government has allowed the Parliament to hold a vote on London’s previous decision to slash the country's £14 ($19.4) billion foreign aid spending by about £4 billion ($5.6 billion) a year.

In November 2020, Britain's Chancellor of the Exchequer Rishi Sunak first announced a reduction in the UK overseas aid budget from 0.7 percent to 0.5 percent of the country's gross national income (GNI), citing the negative impact of the COVID-19 pandemic on the national economy.

The vote is expected later on Tuesday, amid reports that a group of up to 50 rebel Conservative MPs may unite with Labour to vote down the foreign aid cut.

The developments come after Sunak outlined the so-called compromise plan in a written statement on Monday night, pledging that the reduction will automatically expire when there is no more borrowing for day-to-day spending and the UK’s national debt falls to a specific percentage of GNI.

He said the government would abide by the results of the vote, with spending returning to 0.7% of gross national income in the next tax year if MPs reject his proposals.

“If the House [of Commons] approves the motion, recognising the need to manage the public finances responsibly and maintaining strong investment in domestic public services like the NHS [National Health Service], schools and police, then the government will continue with the approach set out in this statement”, Sunak underscored.

He added that if the MPs reject the government’s “assessment of the fiscal circumstances”, London will “consequently return to spending 0.7% of GNI on international aid in the next calendar year, and with likely consequences for the fiscal situation, including for taxation and current public spending plans”.

Referring to the upcoming vote, leader of the Commons Jacob Rees-Mogg, for his part, said on Monday that the process “will be a yes or no answer”.

“Does this house wish to see the public finances kept under reasonable control? Does it recognise there are limits to what we can do? Or on the other hand, do we want to hard press our hard-pressed taxpayers even further? That will be the question for the debate tomorrow”, the lawmaker noted.

In June, former British Prime Minister Theresa May warned Johnson the cuts would "have a devastating impact on the poorest in the world and damage the UK", while Andrew Mitchell, a former international development secretary, claimed it was ministers who are the true "rebels", because they had torn up a "clear and indisputable commitment".