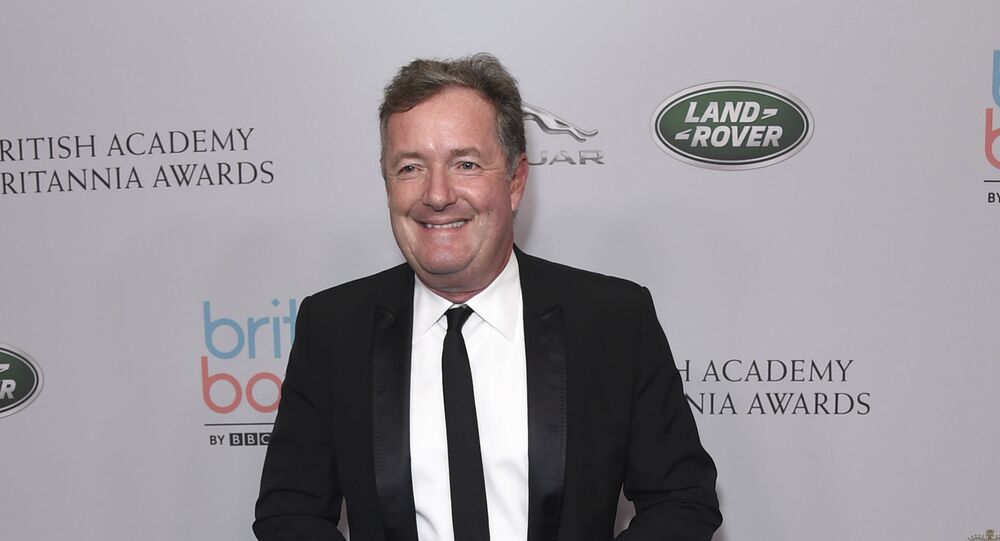 The Good Morning Britain (GMB) host left his long-held position on the show in March after refusing to apologise for slamming Meghan Markle for her “lies” during the Sussexes' bombshell Oprah Winfrey interview.

Piers Morgan’s rant against Meghan Markle while he was host of GMB sparked the most complaints to British media regulator Ofcom in its history – and the outspoken host seems pretty proud about this.

Morgan's verbal attack on Markle on 8 March – shortly after the Sussexes' scandalous interview with Oprah Winfrey went on air – attracted a record-breaking 54,453 complaints, according to numbers cited by the BBC.

Sitting next to his GMB co-host Susanna Reid, Morgan raged about how “sickened” he was by the interview and the American actress “trashing” the royal family.

Reid, however, didn’t agree with her colleague, neither did their fellow presenter Alex Beresford as Morgan continued his rant the following day. The frustrated journalist stormed out of the GMB studio and left the programme altogether on 10 March.

Piers Morgan, who’s been incredibly cruel to Meghan Markle, gets called out for his boorish behavior by the weatherman. Morgan storms off the set. pic.twitter.com/4rK4VHpulP

Morgan said he could have stayed with GMB if he apologised for saying he didn't believe Markel's claims that her mental struggles were completely ignored by Buckingham Palace, but he just couldn’t bring himself to do it. Despite many months passing, Morgan's stance hasn't softened – something he loves to tell his followers on Twitter.

But the row over the Meghan and Harry interview is not the only occasion the former host has landed in hot water following complaints to Ofcom; in fact, he apparently accounts for three spots on the top 10 list of most complained about TV moments over the last 12 months.

Morgan has reacted to the news that he's the UK's most complained about TV presenter by posting a smiley emoji wearing sunglasses – which implies he isn't losing any sleep about it.