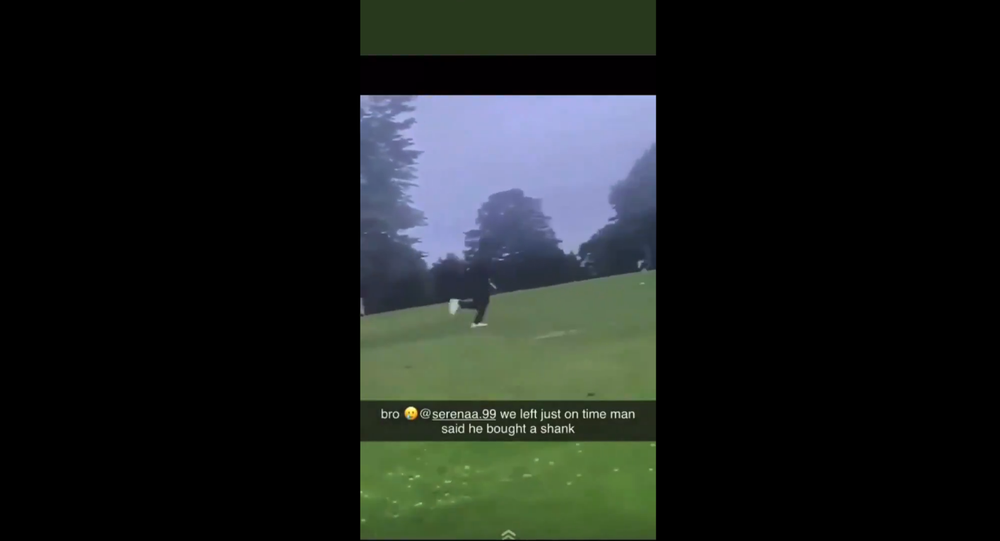 The victim of the stabbing has reportedly been taken to hospital.

A man armed with a large bladed weapon was caught on camera as he was running through a crowded park in London.

According to The Sun, the video was filmed at a funfair on Friday night, where a teenager ended up being stabbed.

In the video, the blade-wielding man clad in black and wearing white sneakers can be seen running, with some bystanders apparently trying to chase after him while a woman (possibly the person who was recording the video) shouts "Run away!"

A teenager is in hospital with serious injuries after he was stabbed at a funfair in Oak Hill Park in #Barnet, north-London.

Met Police say at 8:34pm they were called to Parkside Gardens to reports of a group of males fighting.

The boy’s condition is not yet known.

​The cops reportedly arrived at the scene in response to reports about "a group of men fighting". Upon the officers arrival, they discovered a teenager with stab wounds; several other young people fled the scene.

The stabbing victim has since been taken to hospital, the newspaper notes, while MyLondon reports that Met police has launched a manhunt.

Also on Friday, a passenger on a subway train in London was stabbed by a person whom MyLondon describes as a "machete-wielding maniac".