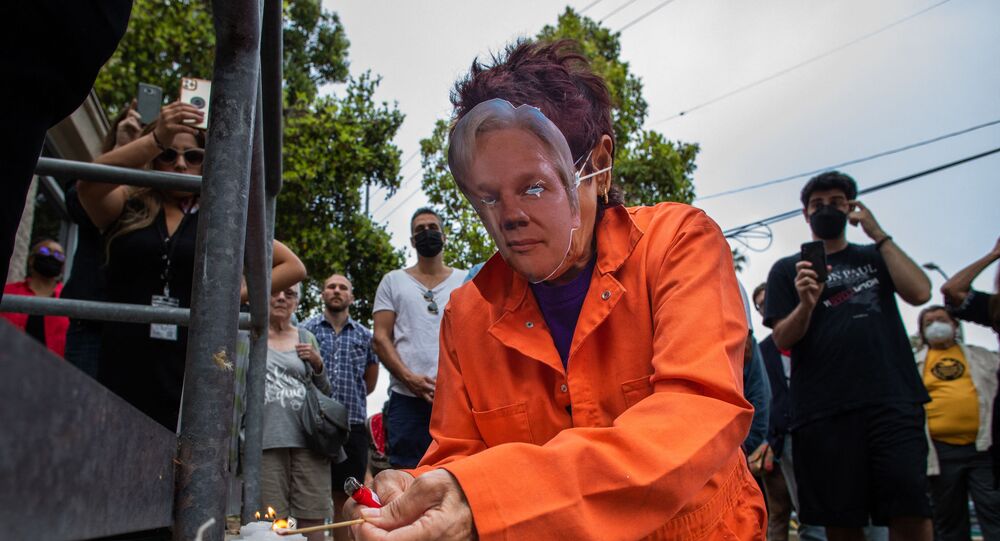 QUITO (Sputnik) - The British High Court, which agreed to hear an appeal by the US government seeking the extradition of WikiLeaks founder Julian Assange, may start this discussion in November, his lawyer in Ecuador, Carlos Poveda, told Sputnik.

“There are two appeals in the process: one for the UK's initial extradition refusal and the other for the denial of liberty. According to what I have been told, a substantive discussion of the first one may take place in November”, Poveda said.

Poveda hopes that the refusal to extradite Assange will be ratified and that he will be granted freedom, as in the first case the judge's decision was based on the health of the Australian, and this is a matter of particular importance.

Moreover, at the moment, the British government has brought no charges against Assange, who has good reason to stay in the UK in that his family lives there, the lawyer said.

"In addition to having sufficient reasons to stay in the UK, with a final decision of non-extradition he would not have to run risks in another country where one more extradition process could be initiated", Poveda emphasised.

© AFP 2021 / DANIEL LEAL-OLIVAS
WikiLeaks: US Receives 'Limited Permission' to Appeal UK Judge Decision Not to Extradite Assange
The US has long sought the extradition of the whistleblower, who was accused of espionage and computer fraud after WikiLeaks published thousands of classified US military records and diplomatic cables.

On 4 January, UK district judge Vanessa Baraitser ruled not to extradite the whistleblower, citing health reasons and the risk of suicide in the American prison system, but decided that he must wait in prison for the outcome of the appeal process, which, according to his defense, might take years.

The WikiLeaks founder was arrested in London on April 11, 2019, and sentenced to fifty weeks in prison for breaking his bail in 2012, when he took refuge inside the Ecuadorean embassy to avoid extradition to Sweden, where he was facing sexual assault charges which were later dropped. Assange has been held in a top security prison in Belmarsh since 2019, pending an appeal in an extradition case initiated by the United States.