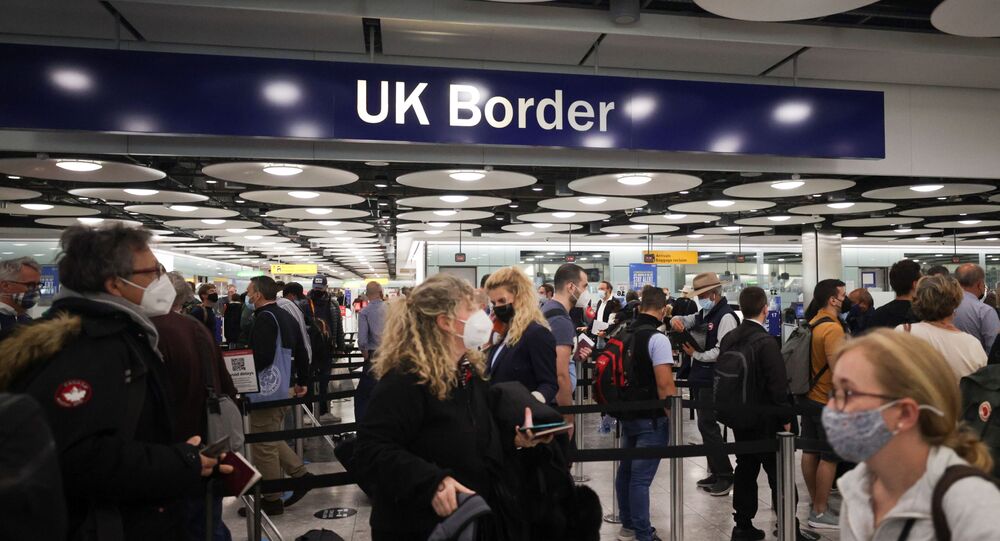 Prime Minister Boris Johnson has already pledged to scrap a raft of coronavirus pandemic restrictions on July 19 — if case numbers do not rise too high — when the delayed final stage of lockdown lifting is set to go ahead.

Fully-vaccinated UK travellers will no longer have to quarantine after returning from countries on the government's COVID-19 "amber list" from July 19.

Transport Secretary Grant Shapps told Parliament on Thursday that those who have received both their first and booster jabs under the government's immunisation programme will only have to take tests three days before returning to the UK and two days after from the date when most remaining lockdown rules will be lifted.

That will apply to travel from countries on both the amber and green lists of the government's coronavirus 'traffic light' system.

"I can confirm today that from 19 July, UK residents who are fully vaccinated through the UK vaccine rollout will no longer have to self-isolate when they return to England," Shapps said.

The minister said vaccinated people returning to the UK would still have to take the "pre-departure test" three days before their journey plus a PCR test within 48 hours of arrival, but would no longer have to be tested again at eight days. And he clarified that recipeients would only be counted as fully-inoculated once "14 days have passed since your final dose of the vaccine".

"In essence, this means that for fully vaccinated travellers, the requirements for green and amber list countries are the same," Schapps added.

​But Schapps warned “An amber list country could still turn red” if conditions changed, forcing returning holidaymakers and business travellers to quarantine in a hotel on arrival at their own expense, even if they were fully-vaccinated.

And he said the rules were subject to devolved powers, meaning the Scottish, Welsh and Northern Irish regional governments would have to decide whether to follow suit.

​The transport secretary also clarified the rules for children, with no quarantine for under-18s, only two-day post-return tests for those aged five to ten and no testing at all in children aged four and under.

© AFP 2021 / MATTHEW HORWOOD
Delta Strain Renamed Boris 'Johnson Variant' as UK PM Apologises for Suffering of Brits
​But the opposition Labour Party doubled-down on its accusations that Prime Minister Boris Johnson had failed to stop the reportedly more-infectious Delta variant entering the country by placing India on the red list earlier. This echoed COVID sceptics who have accused the government of letting it in as pretext for extending the lockdown.

Starmer debuted his new attack line at Prime Minister's Questions on Wednesday, repeating his accusation that Johnson was "reckless" in planning to lift most remaining lockdown restrictions on July 19.

​Johnson hit back that Labour was indecisive and spineless, saying: “We vaccinate, they vacillate; we inoculate, Mr Speaker, while they’re invertebrate!”