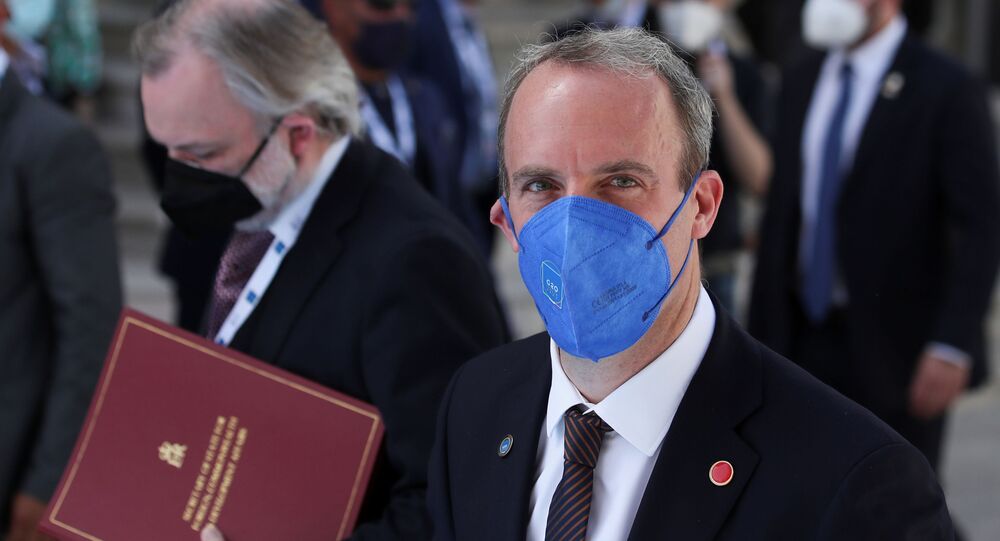 Claudia Webbe was elected Labour MP for Leicester East in 2019, replacing her disgraced party-mate Keith Vaz. But she refused to step down from her borough council seat in Islington for three months, when her undeclared income from the post got her in trouble with parliamentary authorities this year.

An MP recently suspended from the Labour Party got short shrift when she asked the foreign secretary to take "legal action" against Belarus.

"Why does the government not consider legal action to be necessary in the case of Laruz [sic]", Leicester East MP Claudia Webbe asked Conservative Foreign Secretary Dominic Raab at a meeting of the Parliamentary Foreign Affairs Committee on Tuesday.

“Sorry, forgive me, what I was trying to clarify is who do you want us to sue and where?” Raab replied.

Following an awkward pause, Webbe continued: "Would the government agree the situation in Belarus requires an intervention from the UK?"

© Photo : Pixabay
Moscow: Russia Not Involved in Ryanair Plane Landing in Belarus
Raab announced sanctions against Belarus on 25 May after the country's air force ordered a flight from Athens to Vilnius, operated by Irish budget airline Ryanair, to land in the capital Minsk after authorities received reports of explosives on board. Anti-government agitator Roman Protasevich, a passenger on the flight, was arrested after landing.

The UK banned Belarusian commercial flights from entering British airspace, and instructed British airlines not to fly to the former Soviet republic. The EU followed suit.

Webbe tweeted claims on Tuesday that Belarussian President Alexander Lukashenko was guilty of "torture" and claimed the British government could make a complaint to International Court of Justice — a United Nations body that arbitrates disputes between states, not claims of human rights disputes by citizens against their governments.

​The MP doubled down on Wednesday, demanding the government use its seat on the UN Security Council to try to force other nations to sanction Belarus — despite Minsk's ally Russia holding a veto as a fellow permanent member of the council.

​And he tweeted a video of another committee meeting where she hailed defeated Belarusian opposition 2020 presidential candidate Sviatlana Tsikhanouskaya, who led protesters in trying to overturn Lukashenko's re-election, as "the face of Belarus, of democracy, of opposition at great risk to your own life".

"Aside from the fact that she couldn’t pronounce Belarus, she didn’t even seem to understand her own question. When asked to explain what she meant, she couldn’t", he wrote.

"We can all have a laugh at clips of MPs making fools of themselves, but the incompetence of our opposition is something we have to reckon with seriously. It is dangerous for our democracy", Robinson added.

Webbe has been suspended from the Labour whip since last year as she faces trial on charges of conducting a campaign of harassment against another woman. In February this year, she was reprimanded by the Parliamentary Standards Committee for not declaring income she received from her continued sitting as a member of Islington Council in London, some 100 miles from her constituency, and finally resigned from the council in May.