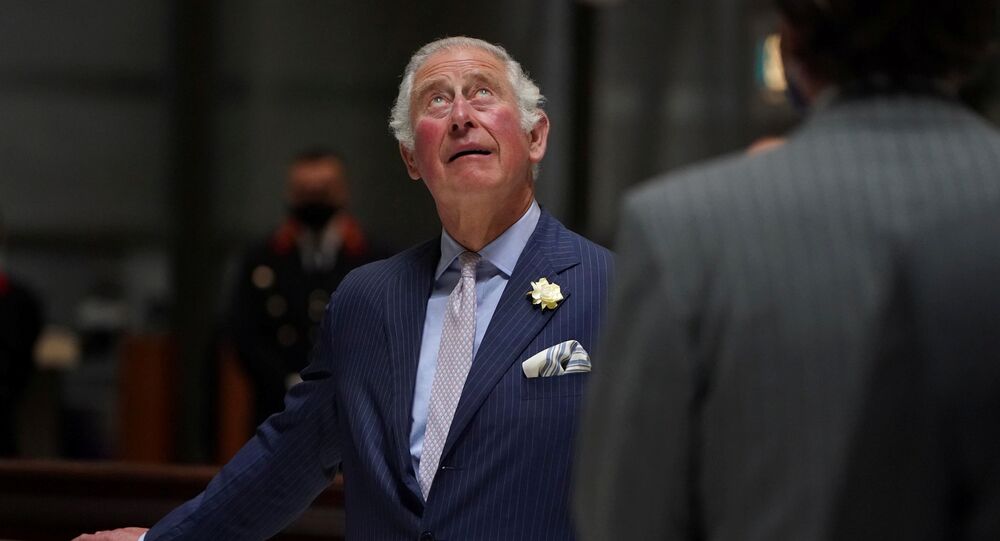 Republic commissioned a recent documentary arguing against Prince Charles' succession to the British crown, citing his record as a landlord on his huge Duchy of Cornwall estate and his frequent forays into politics.

A British anti-monarchy group has launched a crowd-funding appeal for a new billboard campaign against the royal family.

Pressure group Republic has so far raised over £14,000 of its £30,000 target for a series of poster adverts around the country, scheduled to go up in a fortnight.

The campaign, launched on Tuesday, comes just three months after the death of Prince Philip, the husband of reigning Queen Elizabeth II, which prompted an international outpouring of sympathy for the royal family.

It continues a recent a series of attacks by Republic on heir apparent Prince Charles' fitness to serve as a monarch.

"This decade will almost certainly see the succession of King Charles ​and the end of the Queen's reign, and that succession can't go unchallenged" Republic CEO Graham Smith said.

"With attitudes shifting, especially among younger people, this big change is going to spark a huge debate," Smith added. "I want to make sure everyone knows there is a democratic alternative rather than sitting back and letting Chalres take the top job."

​Mocked-up images of the proposed billboards read "No man should be king" beside images of the heir or the crown. Another shows Charles' controversial brother Prince Andrew, reading "Wanted: a democratic alternative to the monarchy". Andrew has refused requests to travel to the US and answer questions about his relationship with late sex offender Jeffrey Epstein.

But the billboards avoid criticising the more popular royals like the reigning Queen, her grandson and second-in-line to the throne Prince William and his wife Kate Middleton, the Duchess of Cambridge — widely seen as the next long-serving king and queen.

© REUTERS / SHANNON VANRAES
Statues of Queens Victoria, Elizabeth II Toppled in Canada Amid Grim Residential School Legacy
Republic, originally founded in 1983, says it has over 80,000 supporters — and claims an estimated 10-12 million Britons support its aim of abolishing the monarchy. A recent documentary commissioned by the group makes the case against Charles' succession to the throne, citing his record as a landlord on his huge Duchy of Cornwall estate and his frequent forays into politics.

However, the British state has at several points in history removed or sidelined problematic monarchs, whether through the imposition of a regency, Parliamentary acts of succession to appoint a new heir or even more extreme solutions like the 1649 execution of King Charles I by beheading for treason.

England, Scotland and Ireland were then briefly ruled as a republican commonwealth until 1660, with Oliver Cromwell reigning as Lord Protector in place of a king for five of those years. Charles I's son James II was also deposed by Parliamentary forces led by his son-in-law Prince William of Orange in 1688.

In May Republic was forced to apologise after making accusations to the Charity Commission in June 2020 about a transfer of funds from the The Royal Foundation Of The Duke And Duchess Of Cambridge to Prince Harry and Meghan Markle's new MWX Foundation and the prince's "sustainable tourism" initiative Travalyst.

"We falsely claimed that the transfer of funds from The Royal Foundation to Sussex Royal and to Travalyst was improper and likely to be unlawful," the group said in a statement.

The queen also reigns as monarch of 15 former British colonies around the world, including Canada, Jamaica, Australia, New Zealand and Papua New Guinea.