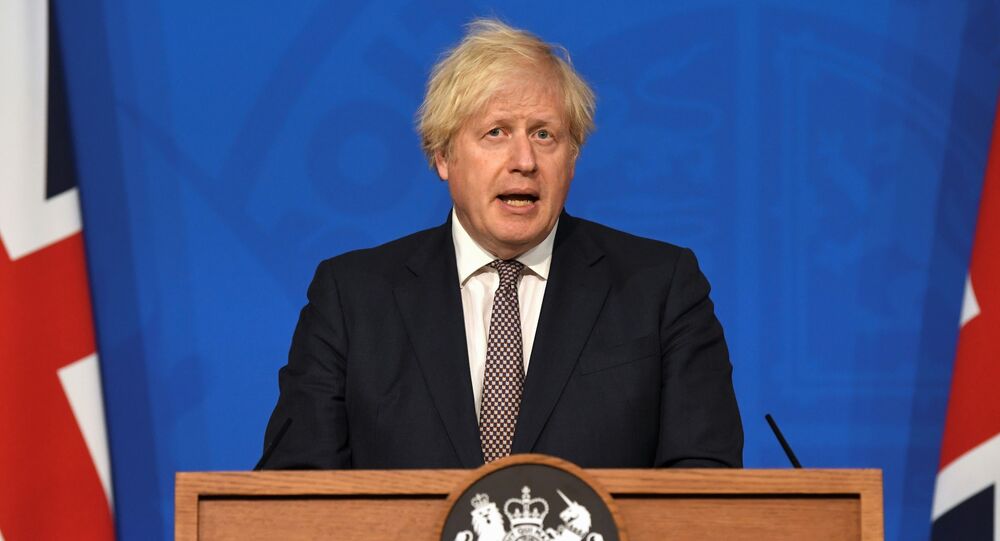 Boris Johnson announced a raft of specific moves to lift pandemic restrictions and "reopen our society", stressing the effectiveness of the country's COVID-19 vaccination programme and the inadvertent harms of the lockdown.

British Prime Minister Boris Johnson has announced a raft of new "freedoms" to return with the next stage of lifting COVID-19 lockdown rules.

Speaking at a Downing Street press conference with his chief medical and scientific advisors, the PM stressed that the government remained cautious about moving to the fourth and final step of unlocking — and that the final decision had not yet been taken..

But he said a balanced had to be struck between the risks of the virus and the harm caused by lockdown.

"If we can't reopen our society in the next few weeks when we will be helped by the arrival of summer and the school holidays, we must ask ourselves 'when will we be able to reopen?'," Johnson said.

Johnson repeated his target of two-thirds of adults double-vaccinated, and 90 per cent having at least one jab.

"As the days go by, the evidence that these vaccines are effective is clearer," Johnson said.

And he laid out a five-point plan for "living with COVID" — moving from legal restrictions to "informed decisions" by individuals.

From July 19, all restrictions on numbers at indoor and outdoor gatherings will be lifted, and all businesses including nightclubs will be allowed to reopen. Crucially for the hospitality industry the one-metre social distancing rule and requirements for table service only at pubs and cafes will be scrapped, as will the restrictions on singing in groups.

In a concession to lockdown sceptics on his own Conservative back-benches, Johnson said there would be no requirement for so-called 'COVID passports' for entrance to public events — although organisers would be permitted to use the existing NHS database for that purpose.

© REUTERS / Arthur Edwards
COVID-19 Live Updates: Duchess of Cambridge Won't Attend Her Anniversary Events as She is Isolating
On the immunisation front, the interval between first and booster doses will be cut from 12 weeks to eight, with the aim of getting all over-18s double-jabbed by mid-September when a new re-vaccination drive for some 30 million most-vulnerable people will begin.

Wearing face masks would be optional, but the government would publish guidelines on "where you might choose to do so". Chief Medical Advisor Professor Chris Whitty said he would personally wear a mask in crowded indoor spaces, if asked to do so by a "competent authority" or if another person felt uncomfortable with him not doing so in their presence.

“I don’t particularly want to wear a mask, I don’t think a lot of people enjoy doing it,” Jenrick said, adding: “these will be a matter of personal choice” in the next phase.

New Health Secretary Sajid Javid announced the same news to the House of Commons simultaneously — after Speaker Lindsay Hoyle complained that rules had been broken by Johnson's previous press conference announced policy before the house was informed.

MPs here heard to cheer "hallelujah" at the news that social distancing would end.

But opposition Labour Party leader Sir Keir Starmer said "throwing off all restrictions" on July 19 would be "reckless". He complained that Johnson was announcing plans a week before he had seen "the data", which he predicted would show a continued rise in infections.

The latest Public Health England figures show that 86 per cent of UK adults have had at east one dose of a vaccine, and 64 per cent their booster.

New infections were still rising at a similarly-rapid rate as they were leading up to the last peak in January — but the number of deaths remains very low, indicating the vaccines had "broken the link" between infections and deaths.

Lambda COVID-19 Strain May be Resistant to Vaccines, Reports Suggest