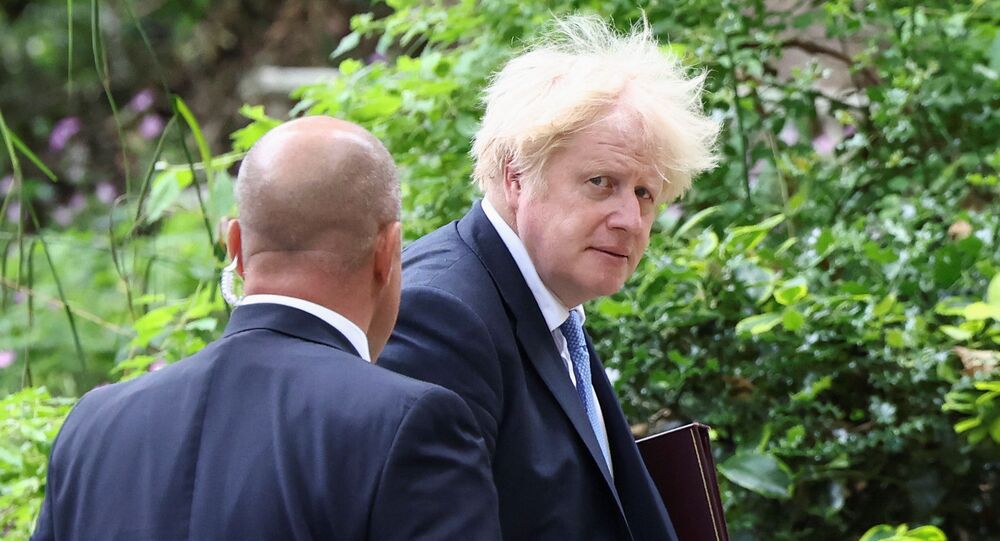 In November 2020, Britain's Chancellor of the Exchequer Rishi Sunak first announced a reduction in the UK foreign aid budget from 0.7 percent to 0.5 percent of the country's income, citing the negative impact of the pandemic on the nation's economy.

"He must not U-turn. The [COVID-19] pandemic has blown a hole in public finances. It has devastated many businesses. Taxes are due to go up", Habib told The Express on Monday.

The ex-MEP added that it makes no sense for Chancellor Rishi Sunak "to insist on increasing corporation tax to raise around £5 ($6.9) billion a year, only to give it away to foreign governments".

"Charity starts at home. If we wish to help developing countries, we should trade with them on an equal footing. Charity never creates wealth. Trade does", Habib added.

The comments were echoed by Tory backbencher Andrew Bridgen who said in an interview with The Express that the UK's foreign aid policy should be assessed "on its outcomes" rather than on "how much cashpayers cash we throw at" it.

"We have given the world a COVID vaccine at cost. In doing that AstraZeneca have probably foregone £35 ($48.5) billion of revenue and that would probably have been around £7 ($9.7) billion of corporation tax, which is far more than the reduction in the aid budget", Bridgen said.

The MP's remarks come amid reports about a possible vote on the planned £4 ($5.5) billion reduction to the UK's foreign aid budget as about 50 Tory MPs, including former Prime Minister Theresa May, continue to oppose the cuts.

The lawmakers refer to a reduction in funding for polio vaccines, girls' education, clean water, and humanitarian relief in Yemen and Syria, among other things.

May warned Johnson in June that the cuts would "have a devastating impact on the poorest in the world and damage the UK", while Andrew Mitchell, a former international development secretary, claimed it was ministers who are the true "rebels", because they had torn up a "clear and indisputable commitment".

© AP Photo / Alberto Pezzali
UK Health Secretary Sajid Javid Says COVID-19 Restrictions Will Be Lifted On 19 July Despite 'Risk'
The Telegraph, meanwhile, has since cited unnamed Whitehall sources as saying that Johnson will most likely hold firm against Tory rebels and deny them a vote on cuts to Britain's aid budget, which reportedly could come before the summer recess of parliament on 22 July.

In April, the UK prime minister argued that the public would understand that the government was forced to reduce its international aid to tackle the economic impact of the coronavirus pandemic.

"We are still one of the biggest donors in the world and I think people in this country should be very proud of that. But I also think that they will understand, and I know that other countries around the world understand, the particular pressures of the pandemic that mean we have to economise in that way", Johnson stressed.

International charities and non-governmental organisations have repeatedly claimed that the UK's decision to slash its financial support for the developing world would add up to the suffering of millions of people that are already trying to survive the COVID-19 pandemic.