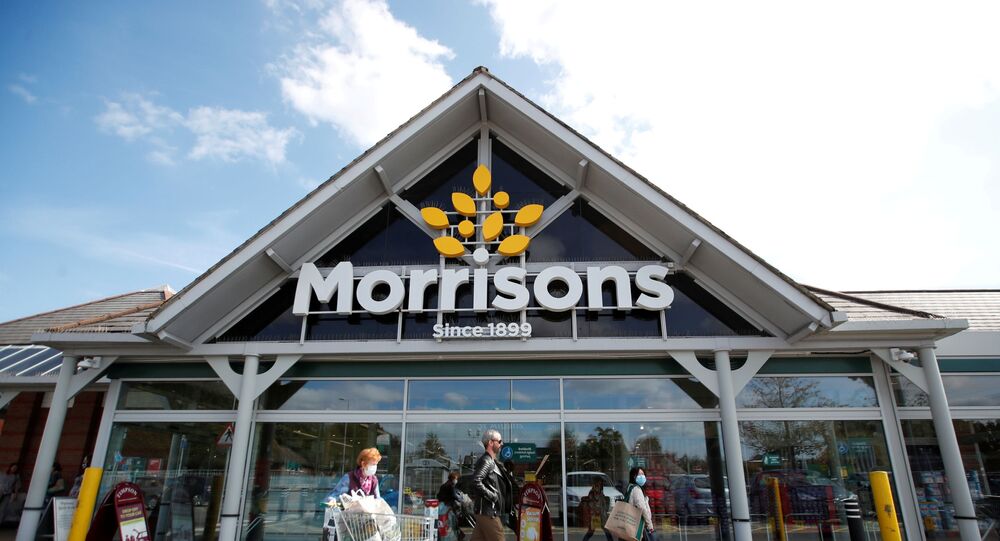 British Supermarket Morrisons Agrees to Takeover by US Investment Group

The profits of Morrisons supermarket chain dropped by half in 2020 as the UK-based company was struggling with the consequences of the pandemic while paying staff a bonus for their hard work and covering for worker absence.

Britain’s fourth-largest supermarket chain Morrisons has agreed to a £9.5 bln takeover offer from a trio of investment groups led by Fortress, weeks after it rejected a much lower proposal from a private US equity firm.

According to the struck deal, reported by the Financial Times, Morrisons will be paid £2.52 per share, backed by a 2 pence dividend after a buyout by Fortress, the Canadian pension fund CPPIB and a unit of Koch Industries.

The group values the equity of Morrisons at £6.3 bln but the final offer also includes £3.2 bln of net debt.

Morrisons’ management earlier rejected an unsolicited proposal by US firm Clayton, Dubilier & Rice which wanted to take over the company for £2.30 per share.

The supermarket giant, which typically ranks behind Tesco, Sainsbury's and Asda in annual sales, has revealed that it had dismissed previous proposals by Fortress.

In May, the investment group offered to buy Morrisons for £2.20 per share, and later made four other similar proposals. Morrisons didn’t agree to the takeover until negotiations reached a total value of £2.52 per share on 5 June.

Morrisons chair Andrew Higginson told the Financial Times that it became clear to the company’s management that “Fortress has a full understanding and appreciation of the fundamental character of Morrisons”.

The food supplier lost big during the COVID pandemic, with its 2020 profits cut in half, to £201m.

Chief executive David Potts said in March that this halving of profits was “a Badge of honour” for him as the company took up its role of “feeding the nation” during the pandemic. UK shops were required to stay open unlike many other businesses while the benefits of higher sales were cancelled, leading to large costs.

“Frankly we could have made no profit and it would have been a result,” Potts concluded.

At that time, the supermarket chain was viewed as a potential acquisition target for Amazon.