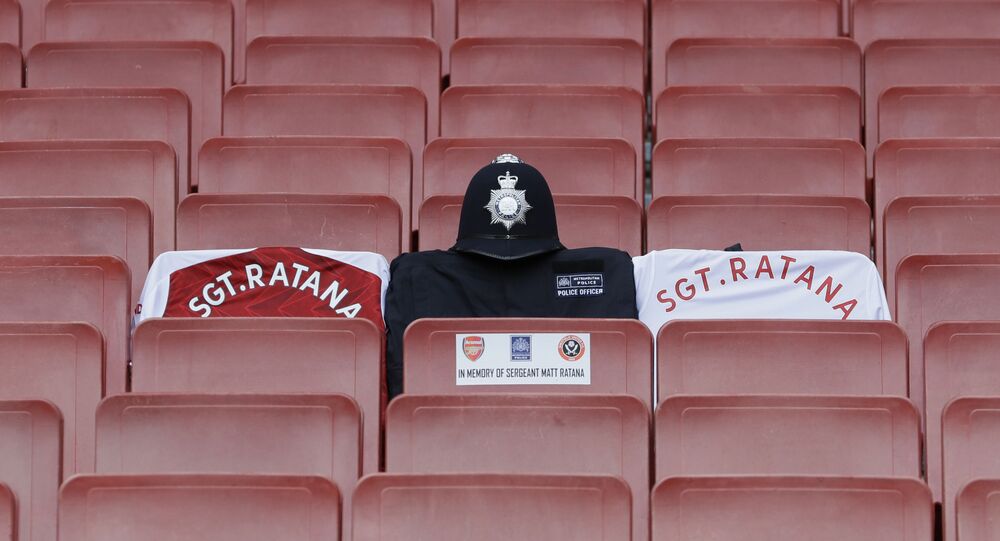 Sergeant Matt Ratana died in hospital after being shot as he booked in a handcuffed suspect in September 2020. UK Prime Minister Boris Johnson expressed his “deepest condolences” to the family after his death.

A man accused of murdering a police officer who was shot in south London last year has appeared in court on video link from his hospital room.

Louis De Zoysa, 23, is recovering from a gunshot injury to his neck which he suffered during the incident and is under guard in hospital.

Sergeant Matt Ratana, 54, was gunned down while booking the suspect into custody at Croydon Custody Centre in south London in September 2020.

​On Friday, 2 July, De Zoysa appeared on a video link, flanked by nurses, and was asked to confirm his identity. Apparently unable to speak, he held up a piece of paper with his name written on it.

Jocelyn Ledward, prosecuting, outlined the events of the early hours of 25 September.

She said De Zoysa had been arrested and was in handcuffs when he reached for a handgun in a holster under his arm and discharged four shots.

Two of the bullets struck Sgt Ratana while the fourth struck De Zoysa in the neck.

She claimed De Zoysa had bought the weapon, an antique Colt handgun of an "obsolete” .41 calibre online three months before the shooting.

The Recorder of London, Judge Mark Lucraft QC, remanded him in custody until September although his trial is not expected to take place until next year.

Sergeant Ratana was born in New Zealand and left behind a son, Luke, 26, who serves in the New Zealand Navy.