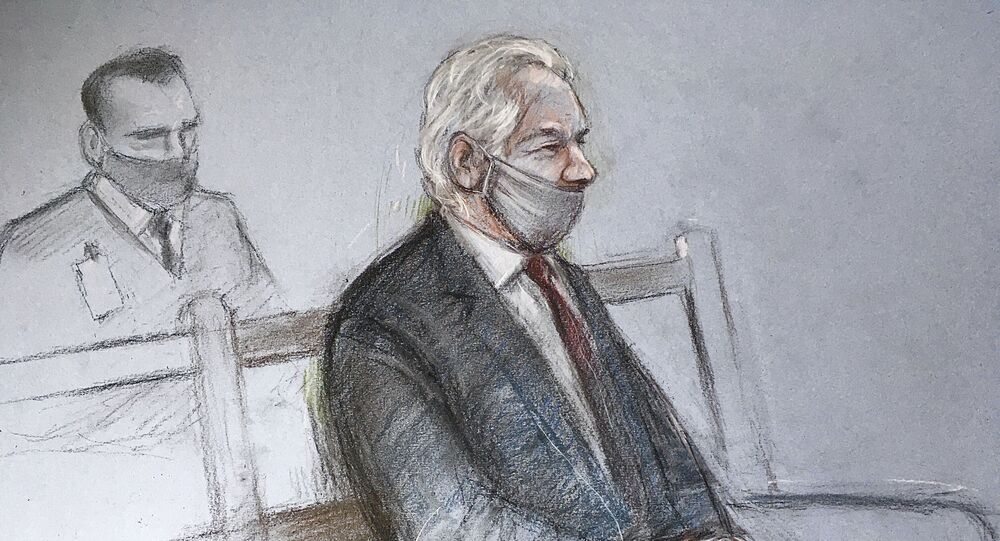 LONDON (Sputnik) - As Julian Assange is about to pass his fiftieth birthday in a British prison this Saturday, his main liaison during refuge in the Ecuadorian embassy in London and former Ecuadorian consul, Fidel Narvaez, told Sputnik that he was terrified that the WikiLeaks founder might never celebrate his birthday as a free man.

This week supporters have been speaking out and organizing rallies in support of Assange, who faces up to 175 years in solitary confinement if extradited to the United States and convicted there.

"Exactly 10 years ago I was at Julian Assange's 40th birthday… He has spent the next 10 birthdays locked up either in my embassy or now in a top security jail… The prospect that he will never be able to celebrate a birthday in freedom again if he is extradited is terrifying and is the worst way to celebrate his 50th birthday," Narvaez said.

The former consul is sure that Assange, who has been held in a top security prison in Belmarsh since 2019, pending an appeal in an extradition case initiated by the United States, is in fact a political prisoner, and the only thing the government wants is to prolong his imprisonment.

"The delay in ending this shameful process is very worrying as each day that passes is a day of risk to Julian's health and life, and a day of unjust imprisonment of a person who does not serve a sentence and does not have a duty to justice. A political prisoner in every sense of the word," Narvaez said.

Such a protracted case is not the responsibility of a certain US administration or party, but of the country’s military circles, who want revenge on Assange for disclosing secret information, the former consul believes.

"In the US, it is indifferent who is in power, because the true power is not in the White House, but in the military-industrial complex that seeks revenge on Julian because he is the one who has humiliated it most by revealing its [US] war crimes," Narvaez said, while mentioning that he had never thought that Assange's confinement and ensuing imprisonment will take more than a decade.

The WikiLeaks founder was arrested in London on 11 April 2019, and sentenced to fifty weeks in prison for breaking his bail in 2012, when he took refuge inside the Ecuadorean embassy to avoid extradition to Sweden, where he was facing sexual assault charges which were later dropped.

The US wants the whistleblower for espionage after WikiLeaks published thousands of secret files and classified information that shed light on war crimes committed by American troops in Iraq and Afghanistan.