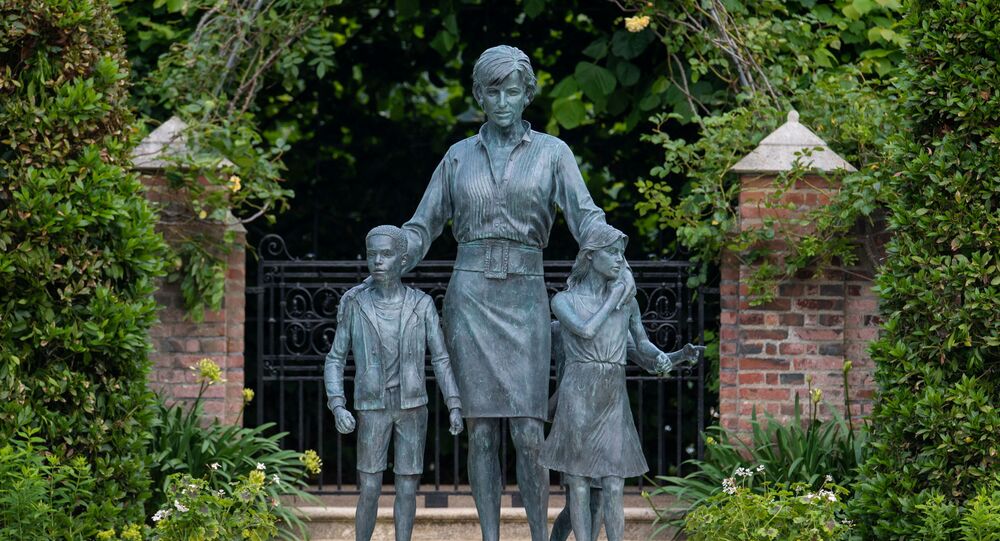 LONDON (Sputnik) - British Princes William and Harry unveiled on Thursday a statue of their late mother, Princess Diana, in a small and brief ceremony in the Sunken Garden at Kensington Palace in London, to mark what would have been her 60th birthday, a Sputnik correspondent reported.

The statue was commissioned by the brothers in 2017 to memorialize their mother and mark the twentieth anniversary of her death, the Kensington Palace press office said in a statement.

"Today, on what would have been our Mother's 60th birthday, we remember her love, strength and character – qualities that made her a force for good around the world, changing countless lives for the better. Every day, we wish she were still with us, and our hope is that this statue will be seen forever as a symbol of her life and her legacy," the princes said, as cited by the official Twitter account of The Duke and Duchess of Cambridge.

The unveiling ceremony was attended by only a few people, including Diana's brother Charles Spencer and sisters Sarah McCorquodale and Jane Fellowes, due to coronavirus-related restrictions.

© REUTERS / TOBY MELVILLE
Princes Harry and William to Reunite After All These Months Apart to Unveil Statue in Diana's Memory
The bronze life size statue was sculpted by Ian Rank-Broadley, who said he wanted to "capture her warmth and humanity while showcasing the impact she had across generations."

The Sunken Garden — one of Diana's favorite spots at Kensington Palace — was redesigned ahead of the statue's debut. The garden was updated to add a number of special touches in honor of the Princess of Wales, such as her favorite flowers.