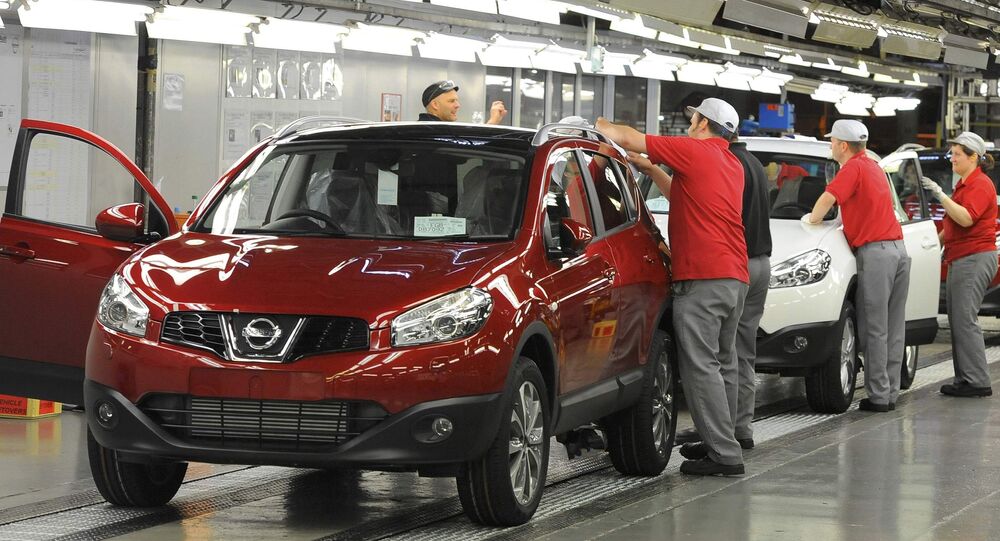 Nissan Investing £1 Bln in Electric Vehicle And Battery Plant But Will They Get UK State Subsidies?

Nissan - previously known as Datsun - built a car factory in Sunderland, in the north-east of England in 1984. Margaret Thatcher’s government persuaded the Japanese company to invest in the area and many of the original employees had worked in the shipbuilding industry.

Nissan has given Britain one of its biggest economic boosts post-Brexit by agreeing to invest £1 billion in a new factory producing electric vehicles and batteries, creating an extra 6,200 jobs.

The plant will involve a conversion of the current Nissan factory in Sunderland, in the north-east of England, where the Qashqai and Juke models are built.

British Prime Minister Boris Johnson said Nissan's move was "a major vote of confidence in the UK and our highly skilled workers in the North East" and his spokesman said it was a "pivotal moment in the electric vehicle revolution."

Kwasi ‘British workers are among the worst idlers in the world’ Kwarteng refuses point blank to reveal how much taxpayer’s money has been handed to Nissan & their Chinese partner. On the same day, British businesses lose a significant slice of emergency Covid support.

​Nissan’s chairman for Europe, Africa and the Middle East, Guillaume Cartier, said: "We are choosing Sunderland, so it is showing the trust that the company, that the government, that our partner, have with the plant."

Don’t be fooled by the #Nissan announcement at #Sunderland today. It’s not a significant #Japanese investment in the UK automotive industry. It is being paid for by the UK govt and the amount is being kept secret. They’re also in breach of Single Market rules. #Brexit

​The UK government has already announced that, in order to meet carbon emission targets. from 2030 sales of new petrol and diesel cars will be banned.

Nissan to invest £1 billion plan this morning, along with its Chinese partner, to build a battery plant to power 100,000 vehicles a year including a new crossover model. The investment will create 6,200 jobs at the Sunderland plant and in British supply chains.

​When asked whether Nissan had received state subsidies from the government, Mr Cartier would not comment on details but said enigmatically: “The government is a key player.”

Subsidies from government, known as state aid, is now allowed in the European Union but Britain’s departure from the EU means it is free from such a restriction.

Nissan will spend £423 million producing a new all-electric crossover vehicle at the plant, where it currently builds its Leaf electric car.

Nissan has also done a deal with a Chinese company, Envision AESC, to build a plant in Sunderland to produce batteries for the new and as yet unnamed vehicle.