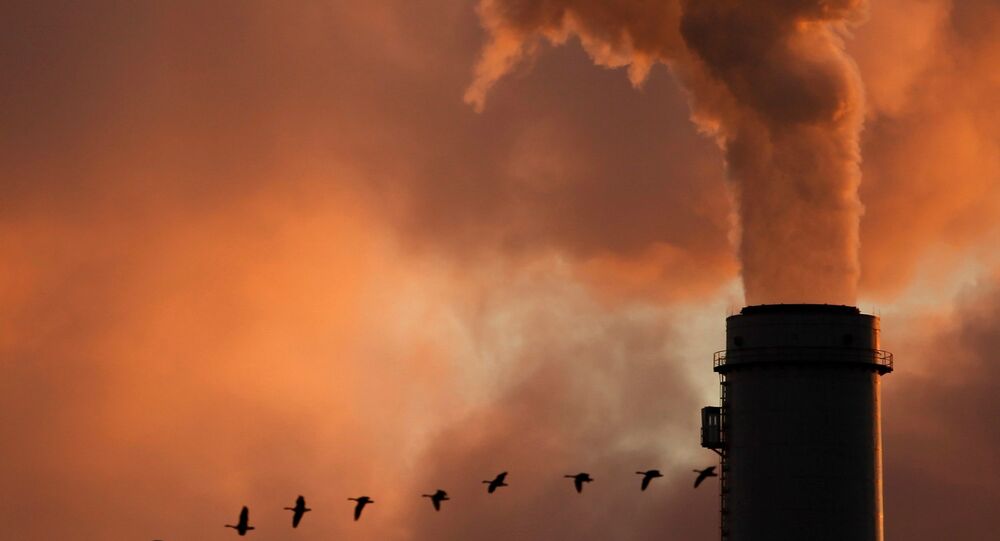 LONDON (Sputnik) - The UK government announced on Wednesday that as part of its plan to decarbonize the power sector and reach the net zero emission target by 2050 it will bring forward by a whole year to 2024 the date to end the use of coal in electricity generation.

"Today we're sending a clear signal around the world that the UK is leading the way in consigning coal power to the history books and that we’re serious about decarbonising our power system so we can meet our ambitious, world-leading climate targets", Energy and Climate Change Minister Anne-Marie Trevelyan said in a statement.

The UK, which will be hosting the UN Climate Change Conference (COP26) summit in Glasgow in November, went 5,000 hours without coal-fired electricity in 2020, and earlier this year broke a new wind power record, with just over a third of the country’s energy coming from wind, the government said.

Under the post-Brexit "green industrial revolution" announced by Prime Minister Boris Johnson last year, the UK will ban the sale of new gasoline and diesel cars by 2030 and boost the production of offshore wind, hydrogen and nuclear energy.

© AP Photo / David Davies
A view of Ratcliffe-on-Soar power station, in Nottingham, England. Britain expects Friday, 21 April 2017 to be the first full day since the Industrial Revolution when it hasn't used coal to generate electricity. ﻿(David Davies/PA via AP)

The government also pledged to support planes, ships and other difficult-to-decarbonise industries to become greener, build more energy-efficient homes and public facilities, protect and restore the natural environment and develop the cutting-edge technologies needed to achieve the new energy ambitions.

The Climate Change Committee warned last week, however, that the government had been too slow in delivering its "historic" promises to tackle climate change and is risking losing face before the rest of the world at the upcoming COP26 summit.

According to the report issued by the independent body on June 24, the government’s 10-point plan to deliver the country’s 2050 net zero target must be backed with firm policies.