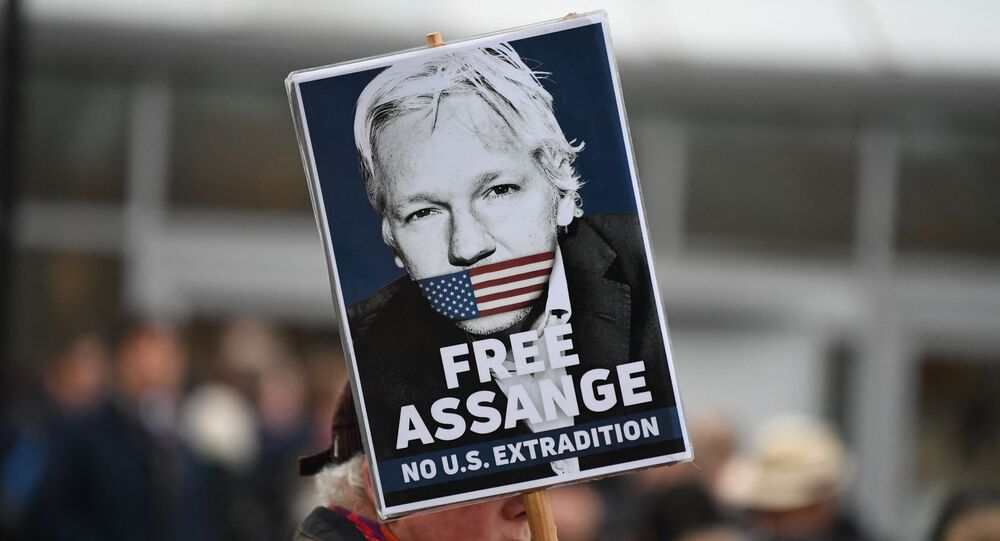 LONDON (Sputnik) - A group of UK lawmakers gathered on Tuesday outside Belmarsh prison in southeast London to protest against the ongoing refusal to allow a meeting with WikiLeaks cofounder Julian Assange, a Sputnik correspondent reported.

During the demonstration, Labour lawmakers Richard Burgon, Diane Abbot and former Labour leader Jeremy Corbyn handed in to prison authorities a letter signed by 20 of his colleagues in Parliament.

"We’ve been trying to arrange this meeting since last December. It’s being refused, so we have no other option than to write a letter and come down here to Belmarsh today to present it to prison authorities", Burgon told Sputnik.

​The opposition lawmaker stressed that the cross-party group is seeking to meet the whistleblower not in their capacity as private citizens but in their public role as member of the UK Parliament.

“The idea is to meet Julian Assange even virtually in order to discuss the concerning implications for press freedom, whistleblowing and other issues arising from this case”, he added.

​The demonstration was also attended by Assange’s fiancée Stella Moris and one of their two children.

“Every time I see Julian in here is difficult for me to really understand how this can still be going on”, Moris told the crowd that gathered outside Belmarsh prison to witness the presentation of the letter.

She claimed that her fiancé is a “political prisoner in the UK,” and pointed out that the last time Assange, who will turn 50 on Saturday, was a free man he was 39 years old.

​At that time, Moris recalled, he came to the UK invited by The Guardian newspaper “to publish evidence of US war crimes in Iraq, abuse in Guantanamo Bay, the excess of the Afghan war and the US diplomatic cables that evidence US rendition and torture.”

Assange was arrested in London on 11 April 2019, and sentenced to 50 weeks in prison for jumping bail back in 2012, when he took refuge inside the Ecuadorean embassy in the UK capital to avoid extradition to Sweden, where he was facing sexual assault charges that were later dropped.