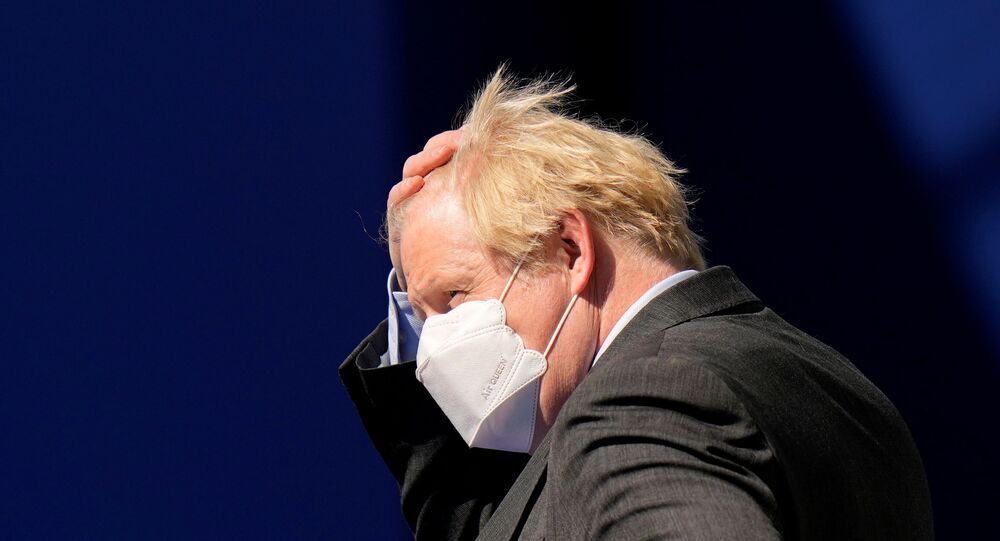 The UK prime minister and his party may face inconvenient questions from their electorate as to why the former health secretary lasted so long on his post despite numerous previous reports and allegations about underperformance at the onset of the pandemic.

Despite his resignation on 26 June, the latest scandal involving former UK Health Secretary Matt Hancock could negatively impact the Conservative Party and its leader Boris Johnson, according to Bloomberg News.

The fact that Hancock was caught kissing his aide Gina Coladangelo, in breach of the pandemic rules he had himself proposed, for instance, has made some voters think twice before casting their ballots in the upcoming parliamentary by-election, the outlet points out.

One such vote is set to take place on 1 July in the Batley and Spen constituency - which has historically been controlled by Labour, but has recently been showing signs of gravitating towards the Tories. The Conservatives already lost one by-election in June in the Chesham and Amersham constituency.

The scandal is exacerbated by the fact that many Britons are unhappy with the ongoing lockdown that has been imposed in order to stop the spread of the Delta variant of the coronavirus. With the number of hospitalisations still rising, London is expected to prolong the measures until 19 July. And the fact that the health secretary met and kissed Coladangelo (both of whom have their own families) while such contacts are currently only allowed for members of the same household, casts a shadow over London's lockdown measures.

This fact was pointed out by Hancock himself when he recorded his resignation address. However, the Tories' political opponents have not missed out on the chance to poke at the Conservatives' leader for allowing this situation to happen. Labour leader Keir Starmer welcomed Hancock's resignation, but suggested that he should have been sacked by Prime Minister Boris Johnson instead. The latter did not fire Hancock when the scandal erupted on 25 June.

The former health secretary was facing criticism and pressure to resign even before the bombshell footage of him kissing his aide, whom he had hired on government funds, was leaked to the press. Johnson's former adviser Dominic Cummings claimed that the PM had called Hancock's performance in the first weeks of the pandemic "f**king hopeless", but still he did not sack him. Unconfirmed media reports also suggested that Boris Johnson called his health secretary's work on COVID testing a "f**king mess!", while Hancock was alleged to have concealed data on the vaccines' effectiveness against the Delta variant of COVID-19 from the prime minister and other Cabinet members during a meeting on prolonging the lockdown measures.

Hancock’s Resignation: Did Ex-UK Health Secretary and His Aide’s Affair Start in 2019?