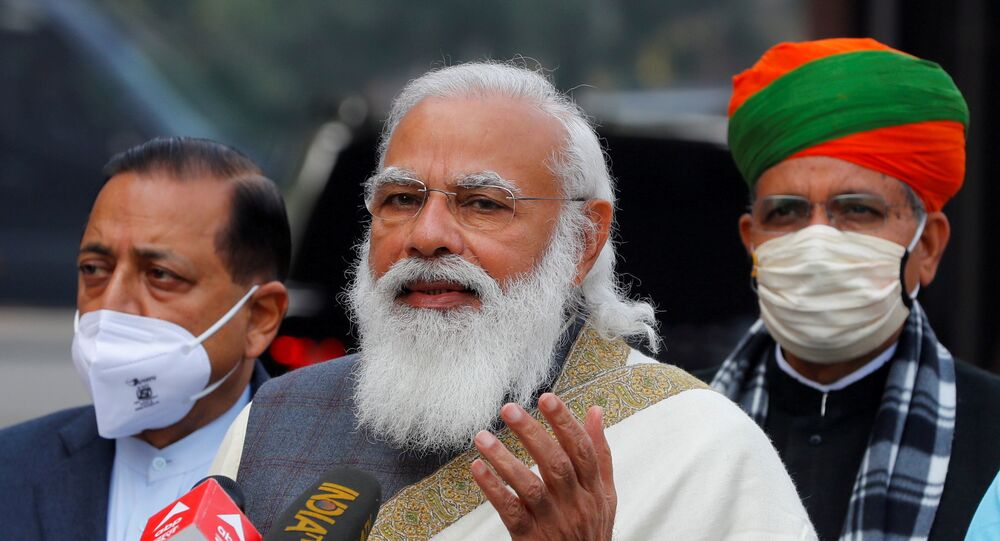 Kim ​Leadbeater — the sister of Jo Cox, the murdered former Batley and Spen MP — is concentrating on the Palestinian National Authority (PNA) and Kashmiri issues as she campaigns as Labour's candidate for the small West Yorkshire seat in the face of strong opposition from Workers’ Party of Britain candidate George Galloway.

The British Labour Party has snubbed voters of Indian descent with by-election literature attacking India's PM in a play for Muslim votes.

Johnson is "A prime minister who is silent on human rights abuses in Kashmir," the leaflet claims, and "accused of white washing [sic] Islamophobia."

Labour MP for Stockport, Navendu Mishra, responded by condemning the "hierarchy of racism" in his party in a tweet on Monday.

​Other Twitter users pointed out how the leaflet could prove divisive between British Hindus and Muslims.

​Leadbeater — the sister of murdered former constituency MP Jo Cox, who joined the Labour Party just weeks before she was selected as candidate for the July 1 election — has made PNA and Kashmir key issues in her campaign for the small West Yorkshire seat in the face of strong opposition from Workers’ Party of Britain candidate George Galloway.

Indian authorities have cracked down on protests by separatists in its union territory of Jammu and Kashmir, and fought insurgents based in neighbouring Pakistan. Control over the wider Himalayan Kashmir region is divided — and contested — by India, Pakistan and China, all of which are states with a nuclear capability.

The UK, India and Pakistan are all members of the Commonwealth group of former British empire dominions.

© REUTERS / UK PARLIAMENT/JESSICA TAYLOR
Starmer Faces Challenges From Left and Right if Tories Take Batley and Spen — Reports
​According to the 2001 census, almost 16 percent of Batley residents are of Indian descent whereas nine percent are of Pakistani origin.

The Labour party holds a number of other constituencies with large Indian communities, including Brentford and Isleworth, Feltham and Heston, Ealing and Acton, Ealing Southall and Hayes and Harlington, all in west London, along with the three seats in Leicester in the East Midlands and Walsall South in the West Midlands.

Leadbeater has been aiming her attacks on Galloway, rather than Tory candidate Ryan Stephenson who is leading in the polls, calling the former Respect Party MP for nearby Bradford West an "outsider".

​Galloway, a broadcaster and veteran campaigner against war in the Middle East whose ex-wives include women from Palestine and Lebanon, has been more successful at galvanising support among the constituency’s large Muslim community.

On Friday, Muslim voters harangued Leadbeater on the street after she angrily refused to address their concerns over the teaching of lessons on same-sex relationships to primary schoolchildren, an issue that sparked protests outside a school in Birmingham in 2019.

​And the Labour candidate risked driving away left-wing Labour voters when she told Guardian columnist Owen Jones there was no “magic money tree” to pay nurses and other public servants better wages.