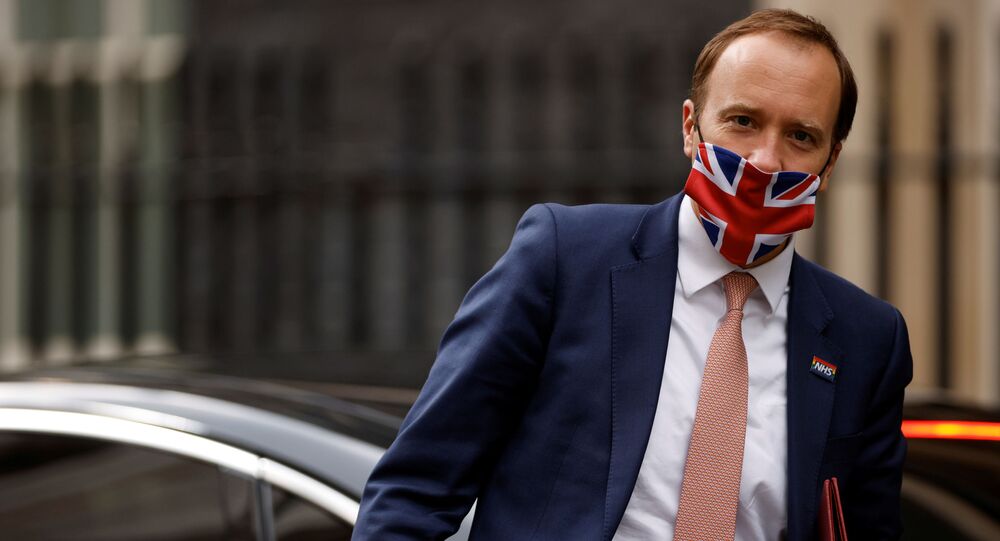 On Sunday, a British cabinet minister said that the Department of Health is probing how CCTV footage of disgraced Health Secretary Matt Hancock and his lover "got out of the system".

UK Labour leader Sir Keir Starmer has stressed that the country's new health secretary, Sajid Javid, along with Prime Minister Boris Johnson have "serious questions to answer" in the aftermath of Matt Hancock's resignation over an extramarital affair with his aide Gina Coladangelo.

Starmer added that the government should clarify how COVID-19 contracts were reached, why Coladangelo was appointed as a non-executive director at the Department of Health and Social Care (DHSC) and how the CCTV images that led to Hancock's quitting were leaked.

Starmer was echoed by Labour deputy leader Angela Rayner, who said "the buck doesn't stop with Hancock and this matter is not closed".

"This government is rotten to its core. We need to know how wide this goes and how much government business is being conducted in secret", she added.

The view was shared by Ed Davey, leader of the Liberal Democrats, who called on Javid to "abolish Conservative cronyism" at the DHSC, adding, "the public expects so much better from the government during a pandemic".

The remarks come after the Daily Mail reported on Sunday that Hancock helped his friend win a hefty coronavirus contract in 2020. The newspaper obtained a host of emails which revealed that last year, Hancock personally referred former publican Alex Bourne's plea for business to a senior civil servant at the DHSC.

This was followed by Bourne securing a meeting with Prime Minister Johnson and reportedly winning a £30 ($41) million deal to supply test tubes for use in National Health Service (NHS) coronavirus test kits.

The 42-year-old resigned on Saturday, apologising for breaking COVID-19 social distancing restrictions with the kiss — but not for cheating on his wife with a married woman.