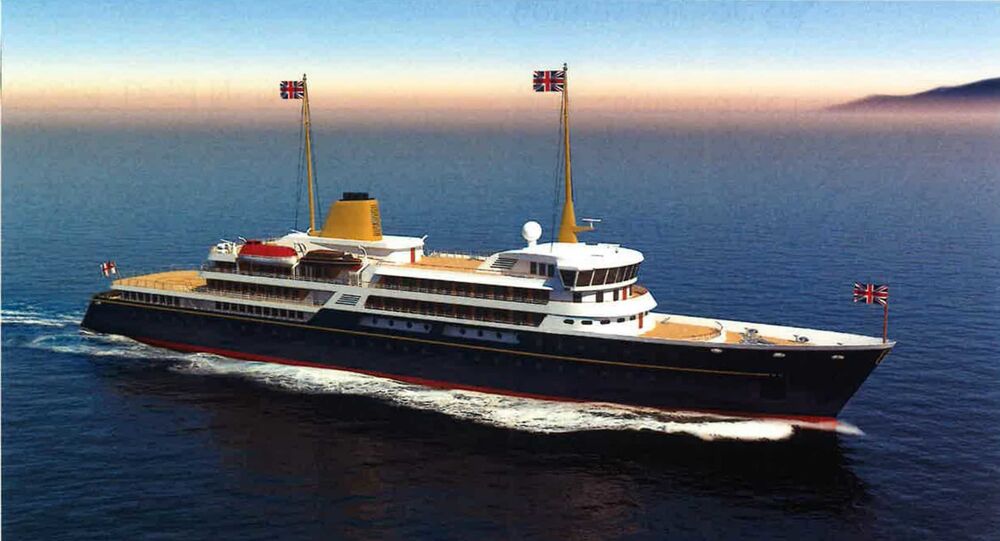 PM Boris Johnson insists his plan for a £200 million new Royal Yacht — the first in 24 years — would showcase the "best of British" as it sails around the world. But critics have dubbed it a populist white elephant and the treasury reportedly refuse to fund it.

The two men next in line for the British throne are reportedly against Prime Minister Boris Johnson's plan for a new Royal yacht.

Buckingham Palace sources told the Sunday Times that Prince Charles and his son Prince William have "no interest" in the ship expected to cost £200 million.

The insider claimed "no one" at the palace wants the vessel, the proposal for which has already drawn fire as a huge white elephant.

"Charles doesn't want it," they said. "William doesn't want it. He has no interest in naval things at all. All this controversy just puts them off even more".

As members of the royal family, both princes have served as officers in the Royal Navy and still hold honorary rank — William as a Lieutenant Commander and Charles as an Admiral of the Fleet.

Johnson insists the yacht would be a showcase for the "best of British" around the world — and drew unlikely backing from Matt Hancock, who resigned as health secretary of Saturday.

"The amount of investment that you can get in from the rest of the world by showing the best of Britain in harbours the world over is very, very significant," Hancock said, arguing it would "pay for itself many times over".

© REUTERS / LEE SMITH
New UK Royal Yacht to Promote Britain Around Globe, PM Johnson Says
But former chancellor Kenneth Clarke, whose long Parliamentary carer was ended when Johnson removed the whip from him over the 2019 Brexit rebellion, had harsh words for the project.

The yacht plan is a "complete waste of time, silly populist nonsense" and "we have no money" to pay for it, Clarke told BBC Radio 4's Today programme.

The Ministry of Defence, which Johnson backed this week after it sent the Royal Navy destroyer HMS Defender into Russian waters off the Crimean peninsula, is reportedly angry at being asked to foot the bill for the project. Defence chiefs have reportedly warned the Navy will have to cut purchases of warships or expensive US-built F-35 stealth jump jets to afford the yacht

"Boris is furious about the whole thing," a source told the Sunday Times. "He loves the plan".

Jeff Bezos' 500 Million Dollar Yacht Will Be One of the Largest in the World, Report Says