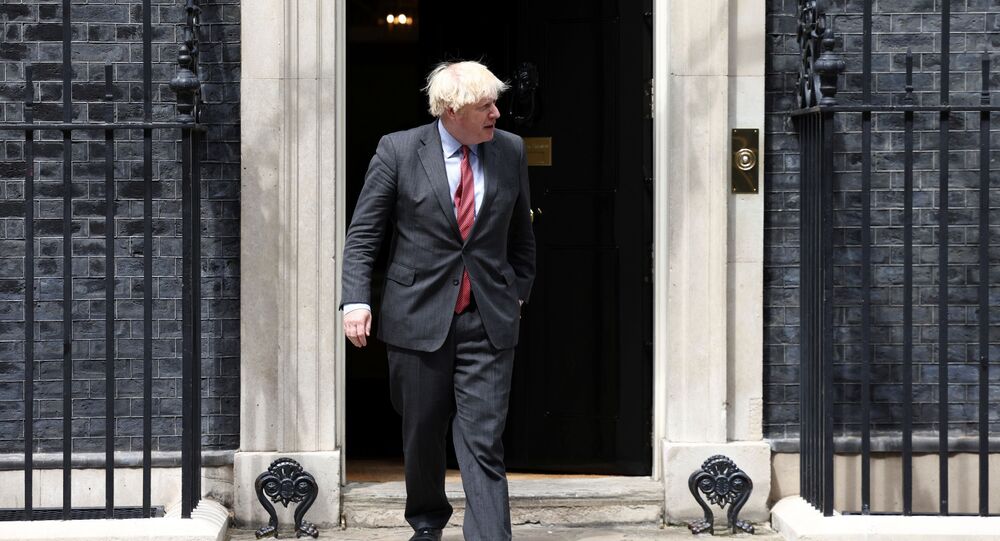 The news comes a day after the former health secretary resigned following The Sun’s publication of footage showing Hancock violating coronavirus restrictions that were devised by his ministry. Former Chancellor of the Exchequer Sajid Javid was appointed to replace him.

The prime minister also lauded the official’s work during his tenure as secretary of state for digital, culture, media, and sport, before writing that he "should be immensely proud of" his service.

Johnson’s letter has been criticised by several MPs, who insisted that the prime minister should have sacked the former health secretary instead of waiting for his resignation.

The development comes two days after The Sun published a video showing Matt Hancock and Gina Coladangelo, both married and with three children, kissing each other at his Whitehall office. The incident reportedly took place at the beginning of May. However, it is not the fact the official cheated on his wife that angered the public.

The video showed Hancock violating government coronavirus rules. Back in May, England was at Stage 2 of the restrictions, which did not allow gatherings of two people indoors except for work purposes, but only if a gathering was "reasonably necessary".

One senior member of the Conservative Party said it "beggared belief" that the former health secretary, who had prohibited casual meetings during the pandemic for a year, was himself caught violating his rules.

It seems the scandal was the last nail in the coffin of the erstwhile health secretary, who had faced accusations of nepotism and failing to adequately respond to the coronavirus pandemic over the past two years.

Last week, an ex-aide to Boris Johnson shared screenshots of messages he had exchanged with the prime minister. In one of them, Johnson called Hancock "totally f**king hopeless" and considered replacing the official. Downing Street did not deny the authenticity of the messages, but stressed that the prime minister had full confidence in the official.