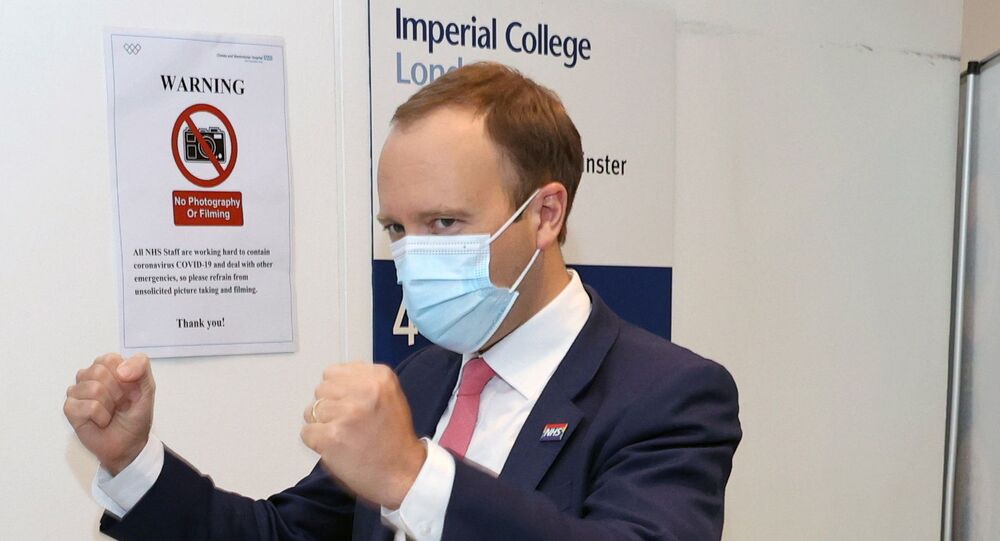 On Saturday, UK politician Matt Hancock announced his resignation as the country's health secretary over reports that he had an extramarital affair with his aide Gina Coladangelo.

The emails revealed that Hancock personally referred former publican Alex Bourne’s plea for business to a senior civil servant in the UK Department of Health and Social Care.

This was followed by Bourne securing a meeting with Prime Minister Boris Johnson and reportedly clinching a £30 ($41) million deal to supply test tubes for use in National Health Service (NHS) coronavirus test kits.

It’s worth noting that the former pub landlord had no prior experience of producing medical devices before he began supplying the government.

Labour’s Shadow Health Secretary Jonathan Ashworth, for his part, said that “the charge sheet against Matt Hancock grows by the hour”, adding, “these damning emails reveal the beleaguered Health Secretary misled the public over his help for his pub landlord friend winning lucrative public contracts”.

Ashworth apparently referred to the developments in December 2020, when Hancock told reporters that he had “absolutely nothing to do with that contract” and that he doesn’t have “anything to do with the signing of individual contracts”.

The ex-health secretary reiterated the claims during an interview with ITV’s Good Morning Britain in February, arguing, “As I’ve repeatedly said, I didn’t have anything to do with that contract […]. All of this was done properly”.

Bourne, in turn, asserted on Saturday that he doesn’t know Hancock “well” and that “this idea that I am chummy with him is not true”.

© AFP 2021 / TOLGA AKMEN
UK Health Sec Matt Hancock Concealed Data on Vaccine Success From BoJo, Report Claims
According to the Mail, Bourne, “whose firm Hinpack Limited manufactured cups and cartons for the catering industry before the [COVID-19] pandemic struck, has been friends with Hancock for many years”.

The developments followed Hancock’s announcement that he is stepping down as the UK’s health secretary after The Sun released footage showing the married father of tree embracing and kissing his aide Gina Coladangelo.

In the past few months, Hancock has faced harsh criticism from former Downing Street aide Dominic Cummings, who accused the then-health secretary of "criminal, disgraceful behaviour" at the start of the coronavirus pandemic. Cummings also claimed that Prime Minister Johnson called Hancock "hopeless" over his handling of the pandemic’s first wave.