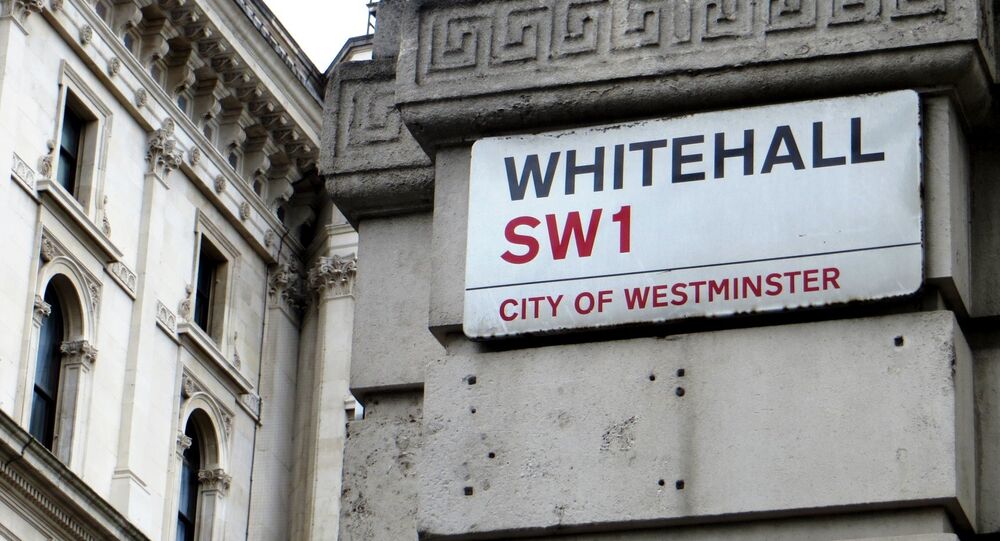 An urgent investigation has been launched into the incident concerning who was behind it and how they leaked the video, given the fact that it was taken from inside a Cabinet minister's office. Experts suppose the criminals used a spy camera placed in a smoke detector, issuing warnings that next time, "it might be a bomb".

While media and netizens are enthusiastically exploring details of Matt Hancock's private life following the recent scandalous footage, the British authorities are seriously concerned about who exactly caught his secret affair on camera.

Versions about the leak include a possible revenge by a disgruntled security guard, while more serious concerns were triggered by the possibility of a foreign spy mission, according to The Daily Mail.

Matt Hancock himself "had no idea" that he was being watched, The Telegraph reported, and the footage sparked a lot of buzz on social media. The investigators, however, seem to be worrying more about an alleged hidden agenda behind the incident than about Hancock having an extramarital affair with a close aide.

Dr. Alan Mendoza, the executive director of a national security think tank, cited by the Daily Mail, said that "given the seriousness, all other ministerial offices will now need immediately sweeping to see what other listening and recording devices are snooping on ministers".

"Steps should also be taken to determine if this incident was conducted by a disgruntled civil servant or – given its sophistication and seriousness – agents of a hostile state", he reportedly shared.

In a series of tweets, David Videcette, a lead detective on the 7/7 London bombings investigation, who posted his own investigation with photos from an office located on the same floor as Hancock's office at the Department of Health building, has voiced serious concerns regarding the politician's security.

According to Videcette, the romantic episode was recorded on a "covert camera concealed in a smoke detector" inside the Health Secretary's 9th floor Whitehall office.

As you can see there are no CCTV cameras outside the doors or generally in corridor areas.

There is a CCTV camera (with a distinctive black dome) by an entrance/exit to the balcony area.

Next to it you can see what appears to be a smoke detector. pic.twitter.com/TVJuS0bpGK

Looking at the angle of the shots of his clinch with his lover, and assuming Matt Hancock’s office is a mirror image of this at the other end of the building, it would be my assessment the covert camera was concealed in the smoke detector in his office. pic.twitter.com/MOUWMSvQ8T

"If someone can place a covert camera in a government minister's office so easily, it’s a huge security problem, and next time it might be a bomb", Videcette assumed.

In another series of tweets, Videcette slammed the UK leadership for not signaling alarm about the fact that Whitehall's security was breached so easily, echoing the calls for MI5 to investigate whether "hostile foreign states" might have been involved.

It stinks. It absolutely stinks.

There’s not a single hint of the huge scandal behind all this, not one. Number 10 are very keen for all this to disappear without too many questions being asked. pic.twitter.com/gM8QEdLpPU

The Department of Health and Social Care (DHSC) CCTV cameras are produced by Chinese company Hikvision.

The Sun on Friday reported that Hancock has been having a secret affair with his aide Gina Coladangelo, and to support its claim, the tabloid published a photo of the couple kissing and embracing inside the Department of Health in early May. Following these revelations, both the opposition and members of the ruling Conservative party called for his resignation. Just the next day, Matt Hancock announced his resignation, and a former chancellor, Sajid Javid, was appointed as the new health secretary.

The scandalous footage was filmed on a phone as it was being played on a CCTV monitor, which makes it even more difficult to identify the breachers.