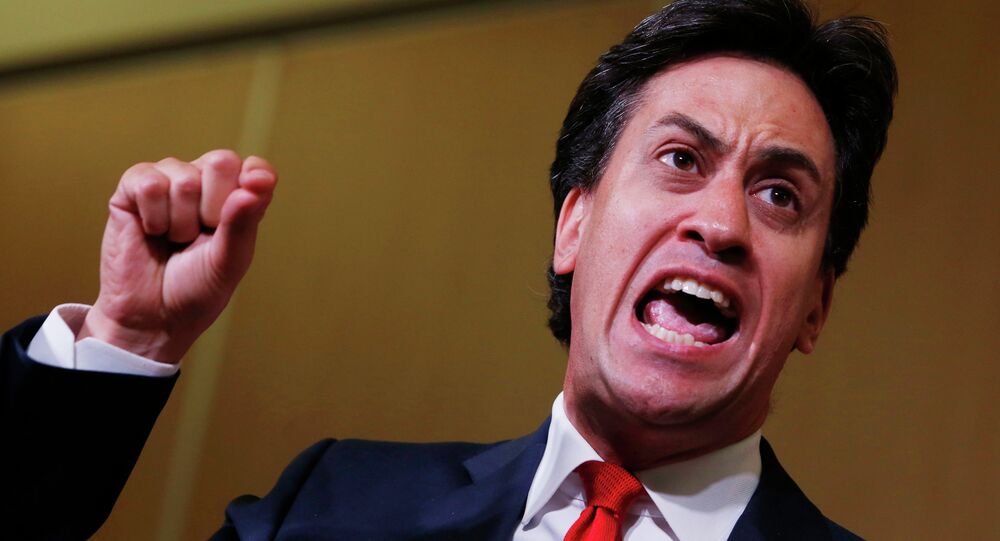 LONDON (Sputnik) - UK Labour lawmaker Ed Miliband urged the government on Thursday to explain what really happened in the Black Sea, where Russia claimed to have fired warning shots and dropped bombs in the path of a UK’s Royal Navy destroyer that entered Russian territorial waters.

A BBC correspondent who had been invited on board the ship before the incident said he saw over 20 aircraft overhead — which could also be heard in the footage — and two Russian coastguard boats that shadowed the UK vessel.

© REUTERS / SERGEY SMOLENTSEV
Moscow Warns of Dire Consequences in Event of Provocations Similar to HMS Defender Incident
Asked if the destroyer was itching for a fight with the Russians as it was sailing in disputed waters, Miliband said that although the situation was "confusing" and "worrying," he believed the Royal Navy warship was only exercising its right to sail in international waters.

Richard Dannatt, former head of the UK Army, also told Sky News on Thursday that he was a "little bit surprised" that the UK Ministry of Defense was playing down the incident.

"No one has to assume that the HMS Defender didn’t go into those disputed waters unintentionally, so I make the assumption that this was part of its planned voyage and on that basis, it was a legitimate planned passage," Dannatt said.

On Thursday, the Commander-in-Chief of Russian Navy Adm. Nikolay Yevmenov denounced the incident with the UK navy destroyer in the Black Sea as an "audacious challenge" from London, urging it to assess the actions of its ship.

The UK ambassador in Moscow has also been summoned on Thursday to the Russian Foreign Ministry, where according to official spokeswoman, Maria Zakharova, "a harsh warning will be made."