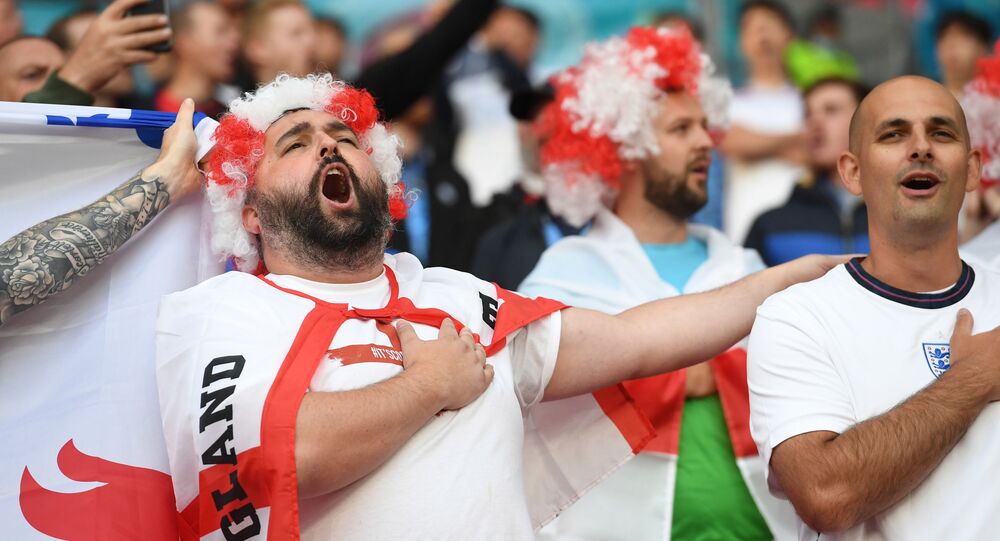 UK Gov't Questioned After Allowing 60,000 Fans to Travel to London for Euro 2020 Semi-Final

The UK's Culture Secretary has argued that the Euro 2020 finals promise to be an unforgettable moment in Britain’s national recovery from the coronavirus pandemic.

More than 60,000 fans will be allowed to attend the semi-finals and final of UEFA EURO 2020 at Wembley Stadium in London - the decision by the UK government has sent waves of disapproval among those who disagree with the easing of Covid-19 restrictions.

The argument against increasing attendance to 75% capacity during the latter stages of the tournament rests on the still overall strict travel regiment when it comes to the UK.

​Media Minister John Whittingdale on Wednesday defended the decision to allow UEFA officials to attend latter stages of Euro 2020 at Wembley without 10 days of isolation.

​“We have always said that for some people who are important to players…” John Whittingdale said before he was interrupted by the Sky News host who asked whether holiday travellers were not deemed “important” in comparison to EUFA officials.

Whittingdale argued that it was a limited number of people that was in question and that they would still be subject to some restrictions.

The UK traffic light system categorises countries based on risk alongside the restrictions required for travel.

The green list, which entails no quarantine time upon arrival in the UK, contains only 11 destinations, while the amber and red lists – with much stricter travel rules – are comprised of the rest of the world.

Football fans coming to the UK to see Euro 2020 matches will also follow strict entry requirements, such as a negative COVID-19 test or proof of full vaccination - two doses received, 14 days before the fixture, according to the government.

The Euro 2020 semi-final and final games will take place on 6 and 7 July in London.

The move to allow fans to come in to the UK  follows the confirmation last week that the round of 16 match on 29 June and semi-finals and final would be hosted with at least 40,000 fans under the third phase of the Government’s world-leading Events Research Programme (ERP). It will see the largest crowds assembled for a sporting event in the UK in more than 15 months.

All ticket holders will need to follow a number of strict entry requirements including having a negative COVID-19 test or proof of full vaccination - two doses received, 14 days before the event. Ticket holders registered with a General Practitioner in England will be able to display their proof of vaccination via the NHS App, or equivalent proof printed out, for example for people from Scotland and Wales. Ticket holders will also be able to display a NHS negative Lateral Flow Test result via email, test message or the NHS App.