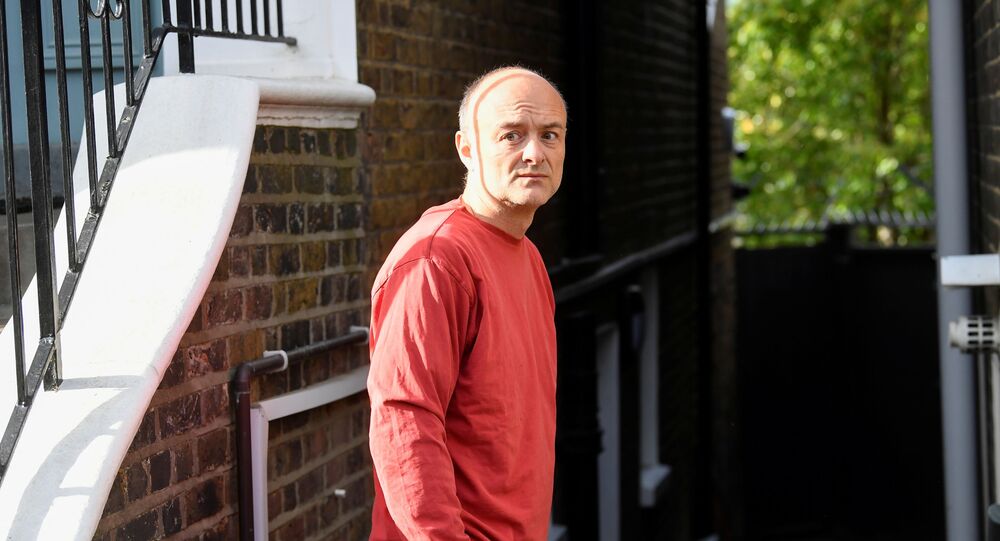 Earlier this month, former Number 10 senior adviser Dominic Cummings, now a vehement critic of the Boris Johnson government, found himself in the crosshairs as a High Court judge ruled a decision to award a lucrative contract to a firm whose founding partners were personal friends of the political strategist was “unlawful”.

Dominic Cummings tried to pressure civil servants from the Department for Health and Social Care (DHSC) to sign off on a grant to a COVID-19 data team, bypassing the accepted Whitehall procedures, according to leaked emails revealed as part of a joint investigation by SourceMaterial, the BBC and The Guardian.

At the start of the coronavirus pandemic, Our World in Data – a research project run by a not-profit organisation and Oxford academics – had sought extra funding for its staff employed in gathering statistics pertaining to the spread of the respiratory virus.

Our founder @MaxCRoser is on this week's episode of the @80000Hours Podcast to speak about our team's work in the pandemic.

There you also find the key takeaways and the link to the podcast.

William Warr, a Downing Street special adviser in the team led by Cummings at the time, had alerted Health Secretary Matt Hancock to the funding request.

World in Data’s director, Max Roser, said he had been contacted by Warr after posting about a lack of funding on Twitter. The request received the support of Hancock, who reportedly conveyed this in an email to Matthew Gould, the head of NHSX.

The latter is a unit established to drive the digital transformation of the National Health Service (NHS).

"This is an NHSX lead. I support," Hancock wrote when passing on the details of the non-urgent grant application to Cummings, Prime Minister Boris Johnson’s closest adviser, according to the emails.

This was supposedly followed by an email to Gould from Cummings, that stated:

“Someone please ensure that they have the 530k within 24 hours from now and report back to me it’s been sent. No procurement, no lawyers, no meetings, no delay please – just send immediately.”

"My team can do this via DHSC and have the money in place by tomorrow, but it will mean your team waiving the normal grant-giving process."

As officials seemed to have been concerned about the skirting of normal procedure suggested, a senior civil servant was also cited as writing: "Obviously please don’t share this chain further."

SourceMaterial quoted an anonymous person familiar with the contents of the emails as suggesting that explicit advise against sharing the information testified to just how “damaging” it was to the NHS." "Due process and procedures are being thrown out the window," said the source.

Furthermore, according to the emails, one civil servant wrote to Gould:

"Ordinarily this organisation would not meet due diligence as they do not have a full year's audited accounts and there are therefore no financial accounts to determine they are a going concern. We risk getting into state aid issues without this… I’m sorry I couldn’t just ‘make this happen’, but I share your concern about doing anything untoward."

According to internal Department of Health documents reviewed by SourceMaterial, Dominic Cummings, who left No 10 in November amid an internal power struggle, had breached government rules by pushing civil servants to dole out the money in circumvention of vetting procedure.

“The proposed grant did not meet the internal guidance,” a senior civil servant is quoted as saying.

Cummings has since become a vehement critic of the Government’s, according to him “mishandling” of the pandemic, lobbing a barrage of salvos targeting Boris Johnson, Health Secretary Matt Hancock, and ministers.

According to Our World in Data’s director, Max Roser, the group later chose to apply formally to the Department of Health and received a grant disbursed in four instalments from summer 2020.

In response to the report, a Department of Health spokesman stated: "… Every contract agreed by the government with partners has proper due diligence carried out on it and we take these checks extremely seriously to ensure our contracts deliver results and value for money."

The UK Labour Party denounced what it branded yet another example of the Government's “disdain” for the rules.

“This Government under Boris Johnson’s leadership clearly think the rules do not apply to them. Time after time the Tories have shown a disdain for the rules and laws governing how taxpayers’ money is spent. Emergency suspension of procurement rules needs to end and due process must be followed,” said Labour deputy leader Angela Rayner.

Dominic Cummings found himself under fire earlier in the month, when a High Court judge ruled a decision to award a contract to a market research firm Public First unlawful.

Campaigners for Good Law Project had sought legal action against the Cabinet Office over the decision to award £560,000 without tender under emergency Cabinet Office provisions to the firm at the start of the health crisis in March 2020.

The High Court found: "the existence of personal connections between (Michael Gove), Mr Cummings and the directors of Public First was a relevant circumstance that might be perceived to compromise their impartiality and independence..." https://t.co/yqm1MATrvm

​Cummings’s involvement was also questioned, as lawyers claimed there was “apparent bias” in how the contract was given to Public First, due to the agency’s personal links with the then-senior Downing Street adviser.

The High Court accordingly ruled that the failure to consider any other agency offering similar services “would lead a fair-minded and informed observer to conclude that there was a real possibility, or a real danger, that the decision maker was biased”.