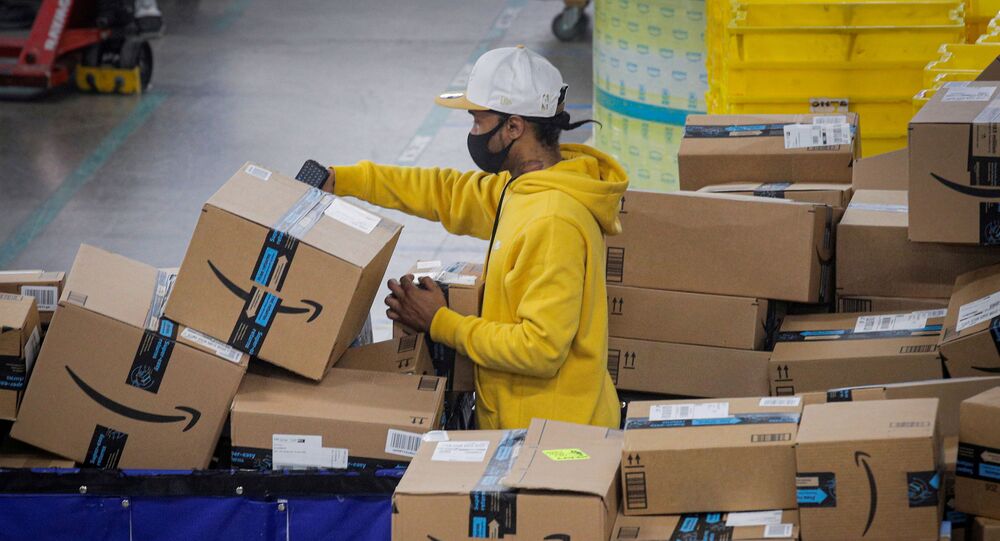 In November, Britain will be hosting the COP26 climate change conference in Glasgow. But 40 miles down the road in Dunfermline, the online retail giant Amazon has been accused of destroying millions of undamaged items.

British Prime Minister Boris Johnson has promised to look into allegations that Amazon is destroying millions of items of unsold stock every year.

An undercover investigation by ITV News found documentation from inside one of its big distribution warehouses, in Dunfermline, which suggested it destroyed 124,000 items in one month alone.

Created richest man on the planet.

​Undercover filming inside the warehouse found smart TVs, laptops, drones, hairdryers, headphones, computer drives and books were piled up and marked for destruction despite being almost new and in good condition.

A former Amazon employee told ITV: "From a Friday to a Friday our target was to generally destroy 130,000 items a week. I used to gasp. There's no rhyme or reason to what gets destroyed: Dyson fans, Hoovers, the occasional MacBook and iPad. The other day, 20,000 Covid masks still in their wrappers”.

The US online giant’s business model means many vendors choose to rent space for their goods in Amazon warehouses.

​But Amazon charges them to store these goods and if they are unsold it is cheaper for them to be destroyed than returned to the manufacturer.

Boris Johnson said, if true, it was "an indictment of a consumerist society, if it's as you say, we will look into it".

Business Secretary Kwasi Kwarteng told ITV News he wanted "to get to the bottom of what is actually happening".

Kwarteng said: "Amazon should do the right thing and it would be very disappointing if this is true".

Amazon denied any items were sent to landfill sites but said: “As a last resort, we will send items to energy recovery, but we're working hard to drive the number of times this happens down to zero”.