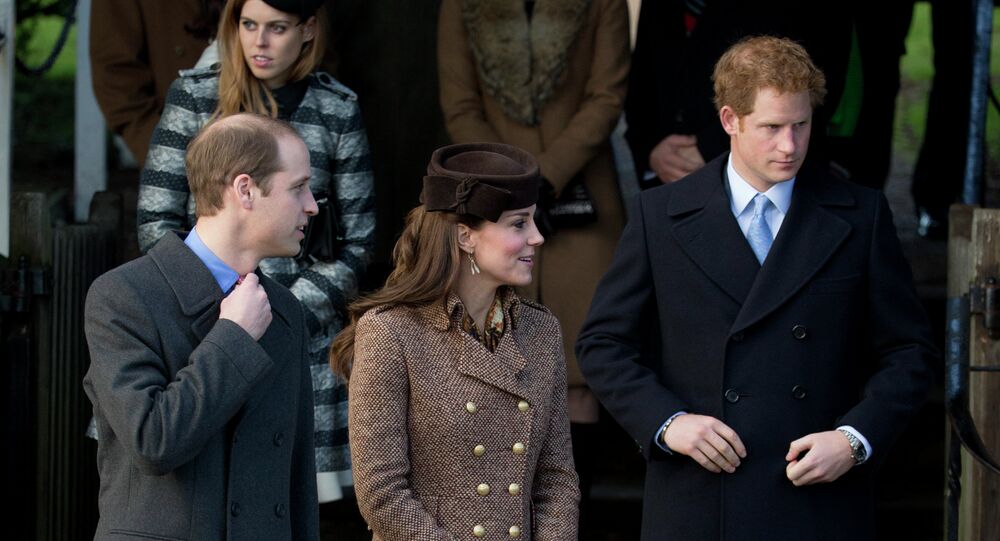 Ties between Prince Harry and Meghan Markle and the rest of the family are said to have soured following their controversial decision to quit royal life and reportedly worsened further after the pair gave a tell-all interview in which they spoke about their life inside the Palace and made several sensational allegations against the Royal Family.

Prince William and Kate Middleton didn't speak with Harry following the funeral of Prince Philip, claimed historical consultant Robert Lacey, whose book "Battle of Brothers" has been serialised in The Times. According to a newly-printed excerpt of the book, the trio didn't have a conversation in an attempt to mend ties as was previously reported by local media.

Lacey writes that the Cambridges feared the details of their talk with Harry would be leaked to the press.

"They told friends that they could see no point in talking to Harry, since any discussion of substance would go straight back to Meghan to be leaked out via Oprah [Winfrey] or some other tentacle of the Sussex network", writes Lacey, who is the author of several bestselling biographies and worked on Netflix's award-winning drama "The Crown".

The Cambridges' fear apparently has to do with the statement Meghan Markle's friend US TV presenter Gayle King made in March. Back then, Prince Harry and his wife gave an interview to Oprah Winfrey, in which they made several sensational claims against the Royal Family.

Prince Harry said his father and brother were "trapped" inside the royal system, while Meghan Markle accused Buckingham Palace of spreading falsehoods about them and hinted that one member of the family was racist.

Gayle King revealed that Prince Harry spoke with Prince William and Prince Charles following the bombshell interview, but said the talks were "unproductive".

"Well, I did actually call [the Sussexes] to see how they are feeling, it's true, Harry has talked to his brother and his father, too. The word I was given was, those conversations were not productive. But they are glad they at least started a conversation", King said.

Robert Lacey's remark echoes statements previously made by royal experts, who said the two sides will have a hard time mending ties as senior royals fear that the details of any conversation will be "out in the public domain".