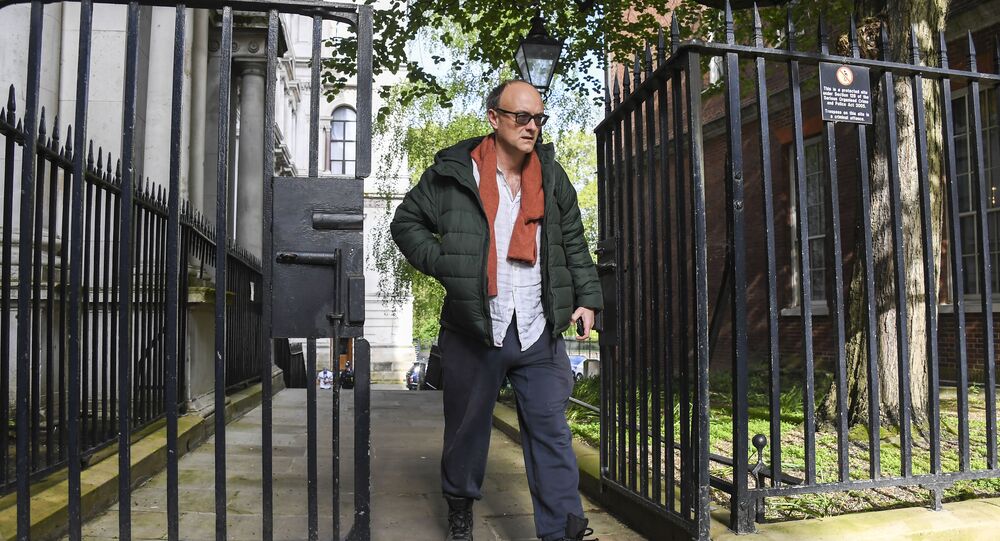 The political strategist worked for the head of the Conservative Party for more than a year and stepped down following allegations that he violated government rules on the coronavirus and reports of power struggles on Downing Street. He's since launched a series of attacks on the prime minister and the government.

Dominic Cummings has branded the government of Boris Johnson a branch of the "entertainment industry", saying it will remain so until the official steps down. The former chief adviser made the statement during an online Q&A session on the Substack platform, available to paid subscribers.

Commenting on the government's performance, Cummings said if the public was aware of how top officials work, "everyone would sell everything and head for the bunker in the hills". "Horrific decision decision-making is at the apex of power", Cummings said, before adding that it is "generally the blind leading the blind".

The political strategist lamented that the government is not focused on developing artificial general intelligence, a technology which will allow robots to learn and understand tasks like humans do. Cummings said the country that first succeeds in acquiring the technology will "subdue" all other nations and "destroy" them.

"The most valuable commodity in (government) is focus and the PM literally believes that focus is a menace to his freedom to do whatever he fancies today, hence why you see the opposite of focus now and will do till he goes…", he said.

Cummings described Boris Johnson as "a pundit who stumbled into politics and acts like that 99 percent of the time". Asked why he decided to work for Boris Johnson in the first place if he understood that the politician is not up to the job of PM, Cummings said he would write about it later.

The ex-chief adviser to the prime minister also criticised the opposition Labour Party, saying leader Keir Stammer is fixated on the media instead of being focused on the public.

"Starmer seems just another not great lawyer who thinks politics is about watching the media all day", he said.

In order to defeat the ruling Conservative Party, Labour needs to press it on violent street crime as well to choose a woman as its leader, the strategist said.

"If they have a smart, tough woman from (the) Midlands who can build a team and wants to win more than she wants to be liked by (the) media, she's the ticket!", he said.

Cummings' tirade is yet another salvo againt Boris Johnson's government, which he's harshly criticised in recent months. Last week, he called the prime minister a "gaffe machine", who is "clueless about policy and government".

© AP Photo / Frank Augstein
Cummings Unveils Messages in Which UK PM Appears to Call Hancock's Performance 'F***ing Hopeless'
Yet, the former adviser's most damaging criticism was directed at the government's response to the coronavirus pandemic. During the first wave, critics of the government, which included health experts, accused Downing Street of a failed response, pointing to the shortage of personal protective equipment for medical workers, slow testing programme, and lack of a coherent strategy.

Cummings not only corroborated these accusations in text messages he published online, but also showed that PM Johnson distrusted Health Secretary Matt Hancock, whom he described as "totally f**king hopeless".

Downing Street did not deny the authenticity of the messages shared by Cummings, but defended Hancock, praising the UK's rapid vaccine rollout.