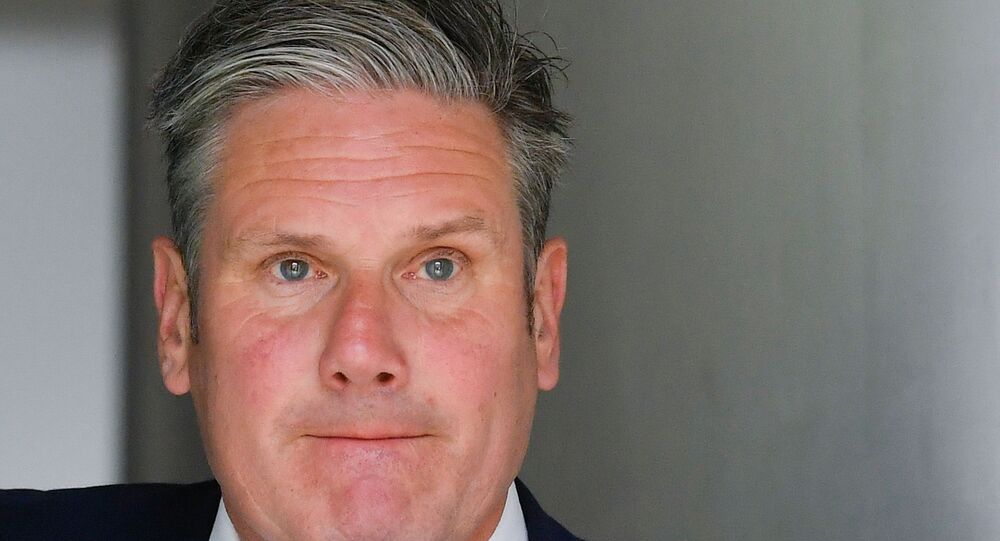 The Batley and Spen by-election is seen as a make-or-break test of Sir Keir Starmer's leadership of the Labour Party — following disastrous results in Hartlepool and Chesham and Amersham in recent weeks.

The UK Labour Party has drawn accusations of Islamophobia after a senior figure put looming defeat in a key by-election down to "anti-Semitism".

"We're haemorrhaging votes among Muslim voters, and the reason for that is what Keir has been doing on antisemitism", the source told Hodges. "Nobody really wants to talk about it, but that's the main factor. He challenged Corbyn on it, and there's been a backlash among certain sections of the community".

​Rayner said the comments were "completely unacceptable and are not condoned or sanctioned" by her party, vowing to take disciplinary action. Dodds called the remark "disgraceful" and insisted it was "not a Labour Party statement".

Starmer, who is increasingly distancing himself from the predicted defeat in the seat, did not comment.

​The Muslim Council of Britain (MCB) called for the un-named senior Labour figure to be fired — and warned the party had lost touch with Muslim voters.

"Those who have tried to understand have identified many local issues as well as Labour positions on Palestine, Kashmir and Islamophobia — and being seen to take Muslim voters for granted", said MCB spokesman Miqdaad Versi. "If advisors to the Labour leader don’t get this, they shouldn’t be talking about it".

"Any senior Labour official who tells media that Muslims are not voting Labour because Muslims support antisemitism should be sacked. No ifs, no buts”, he insisted.

The 1 July by-election in the West Yorkshire constituency, left vacant by former MP Tracy Brabin's election as regional mayor in May, is seen as a key test of Starmer's ability to lead Labour to victory in the next general election.

It comes hot on the heels of the party's shock defeat by the governing Conservatives in the once rock-solid north-eastern seat of Hartlepool on 6 May, and last week's dismal showing in Chesham and Amersham in Buckinghamshire, where Labour lost its deposit after winning a meagre 622 votes.

Labour candidate Kim Leadbeater — the only applicant shortlisted for selection despite joining the party only weeks earlier in contravention of party rules — has tried to woo the Muslim vote with foreign policy promises on Palestine and Kashmir, unusual fare for a small-town by-election.

Leadbeater is the sister of late Labour constituency MP Jo Cox, who was murdered by a far-right extremist on the streets of the community during the 2016 EU membership referendum campaign.

Challenge from the Left

© REUTERS / Jon Super
Poll Belies Claim Galloway Splitting Labour Vote in By-Election Test for Starmer
However, broadcaster George Galloway, a former Labour and Respect Party MP and veteran anti-war campaigner now standing for the Workers' Party of Britain in the by-election, has drawn support from many local Muslims for his consistent stance on such issues.. Galloway has made forcing Starmer's resignation or removal in a leadership challenge a key plank of his election campaign.

​A separate Mail on Sunday report claimed voters were citing Starmer's wife Victoria's Jewish faith as a reason not to vote for Leadbeater — which Galloway dismissed out of hand.

"It's hard enough to get someone to give a toss about Keir Starmer, never mind about his wife", the Workers' Party candidate scoffed.

In a tweet on Monday, Hodges accused rival newspaper The Guardian of projecting support for Starmer's crackdown on anti-Semitism onto the sceptical Muslim vote in the suburb of Leeds.

“I’ve voted Labour my whole life but I won’t be blindly giving them my vote any more", the resident in question, 33-year-old Wajjad Hussain, told The Guardian. "And that’s not just about Palestine. It’s everything locally. They’ve been in power here for 25 years but only now they’re under threat do they care about Asians".

No senior Labour figure has yet launched a challenge to Starmer's leadership despite the run of disastrous election showings and poll results. The two party figures most tipped to replace him — Greater Manchester Mayor Andy Burnham and London Mayor Sadiq Khan — do not qualify as they are not MPs.

Tory candidate Ryan Stephenson is currently leading in the polls by a wide margin.