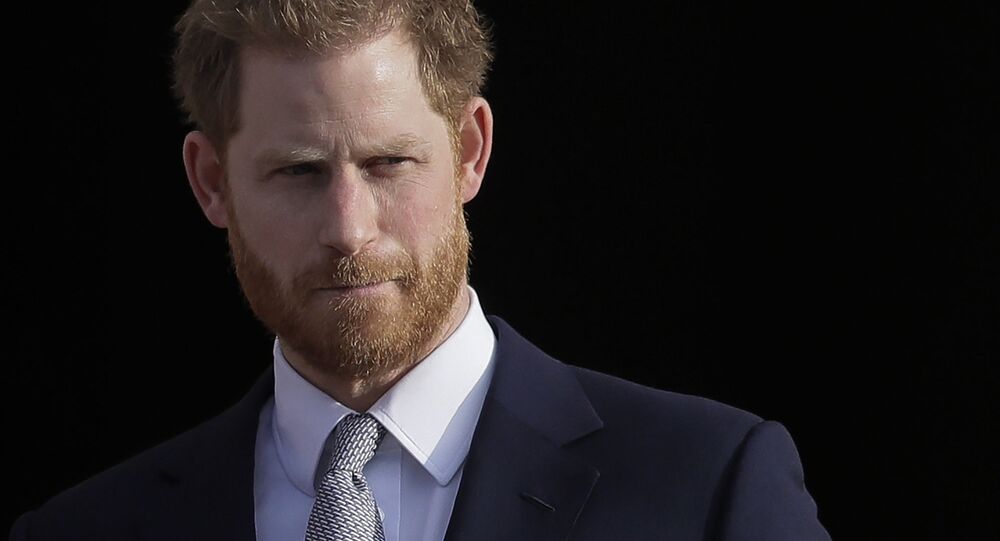 Prince William, 38, has gone bald in recent years, and his younger brother Prince Harry is also slowly but surely losing his ginger locks.

Prince Harry will be virtually bald by age 50, claims a leading UK cosmetic surgeon, cited by the Daily Mail.

Dr. Asim Shahmalak of Crown Clinic, Manchester, insists that the Duke of Sussex has started to lose his hair at a faster pace since he left Britain with his wife Meghan Markle last year.

The Duke and Duchess of Sussex had stepped down as senior working royals to live a more independent life in North America.

“Without treatment, the acceleration we have seen over the last 15 months will only increase over the next year,” Shahmalak was cited as saying.

The cosmetic surgeon, who has produced a graphic to show how Prince Harry's hair will look when he reaches 50, also drew comparisons with the Duke of Sussex’s older brother, William.

​According to Shahmalak, despite lagging approximately ten years behind his older brother in hair loss, The purported acceleration over the last two years is a matter for concern for the 36-year old prince.

Currently, the Duke of Sussex is believed to be at the same stage of hair loss as the Duke of Cambridge was when he was 26.

“The baldness gene is not as strong in Harry but he is still losing his hair quickly. At present most of Harry's hair loss is around the crown area. He has a growing bald patch right across his crown and you can also see that his hair is also thinning out towards the front,” Shahmalak was quoted as saying.

Prince William has purportedly been more affected by the gene than any of the men in the royal family.

According to the medical expert, there is another factor that contributed to the hair loss, as the same gene is manifest on Princes Harry and William's mother Diana's side. The Princess of Wales’ father, Earl Spencer, was also bald.

© REUTERS / Kevin Lamarque
Prince Charles looks towards Princess Diana as they await their carriage to depart the Order of the Garter ceremony at Windsor Castle June 15, 1992

Prince William, who is married to Catherine Middleton and has three children, has lost nearly all the hair on the top of his scalp in the course of the last 12 years. Prince Harry's hair loss has been slower, claims the medic.

“No two brothers are the same, but both William and Harry have inherited the same baldness gene. It is too late for Prince William and there is nothing that can be done to reverse his hair loss. Harry still has time if he wants to take action.”

The Duke of Cambridge, who was the victim of trolling in March, with the terms ‘Bald at 38’ and ‘Prince William at 38’ trending on Twitter, has been known to poke fun at himself on several occasions. As he shook hands with some local London-based barbers in 2017, he quipped:

“I don’t have much hair, I can’t give you much business.”

Prince William, Kate May be Tapped to 'Save the Union' as Royals Fear Politicians 'Losing Scotland'