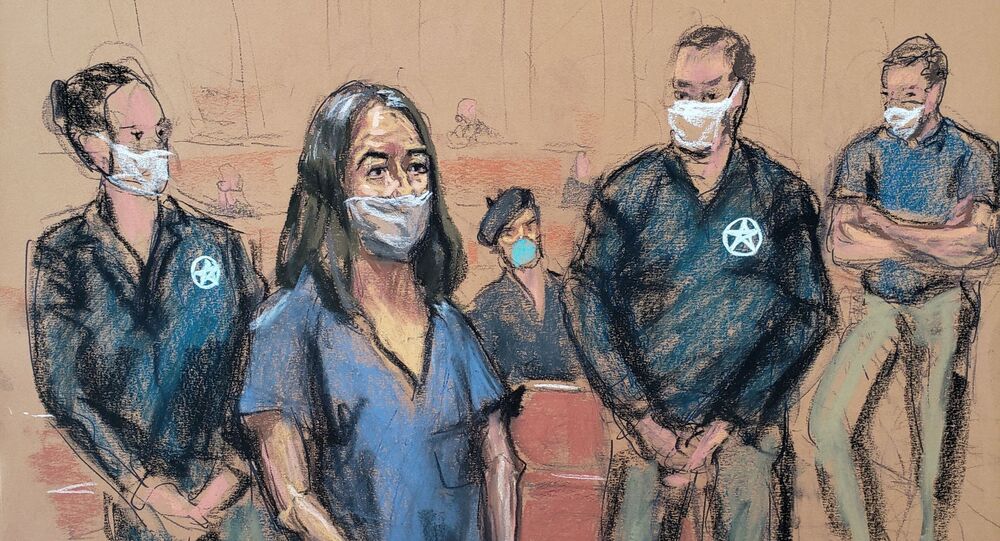 Jeffrey Epstein’s ex-girlfriend Ghislaine Maxwell was arrested last summer over claims that she has helped her infamous friend abuse young girls. She is currently faces eight charges, including sex trafficking conspiracy, sex trafficking of a minor, and perjury.

Metropolitan Police have promised to look into claims that Ghislaine Maxwell was involved in the abuse and sex trafficking of over a dozen women in the UK recently raised by a Channel 4 News investigation.

On Tuesday, the channel aired a short documentary that cited claims of multiple women, available through court documents and public interviews, who alleged that they had been groomed, trafficked and abused by Jeffrey Epstein and his British companion Maxwell on British soil over a period spanning more than a decade.

The UK police “have done very little” to investigate these claims, the documentary states, hinting that this lack of action could have been related to Epstein and Maxwell’s close proximity to British royal Prince Andrew. The Queen’s son denies any wrongdoing, despite accusations that he had sex with one of Epstein’s “sex slaves”, Virginia Roberts Giuffre, on multiple occasions, including in Maxwell’s London home.

According to Nazir Afzal, the former Chief Crown Prosecutor for north-west England, there is “clearly enough evidence for the police to investigate more thoroughly than they have done up to now”.

"It's concerning, because we've got potentially victims here. And maybe other victims or alleged victims who may, if an investigation follows its course, be identified,” Afzal told the channel.

While Maxwell is currently in US prison awaiting trial on eight sex trafficking and perjury charges, no criminal investigation has ever been launched by British authorities over allegations that she and her late pal Epstein, who died in jail in August 2019, were trafficking young women to the UK.

"We will always consider any new information and will review the information sent to us from Channel 4," the spokesperson said.

Meanwhile, the statement argues that the officers have previously “assessed the available evidence, interviewed the complainant and obtained early investigative advice from the Crown Prosecution Service”.

“However, following the legal advice, it was clear that any investigation into human trafficking would be largely focused on activities and relationships outside the UK,” the spokesperson added, explaining that they made a decision in November 2016 not to proceed to a full criminal investigation as the MPS “was not the appropriate authority to conduct enquiries in these circumstances”.

This position was not changed in August 2019 following Epstein’s passing, the police added, however, the new claims raised by the channel had grabbed their attention.

In June, Maxwell, who was described in the documentary as a “monster, worse than Epstein", was denied bail for the fifth time despite a lucrative money offer from her family and complaints about her “horrific” prison conditions.

Her trial was expected to start on 12 July but has now reportedly been moved to the fall of 2021 over coronavirus-related restrictions and due to a bunch of additional charges recently added to her case by federal prosecutors.