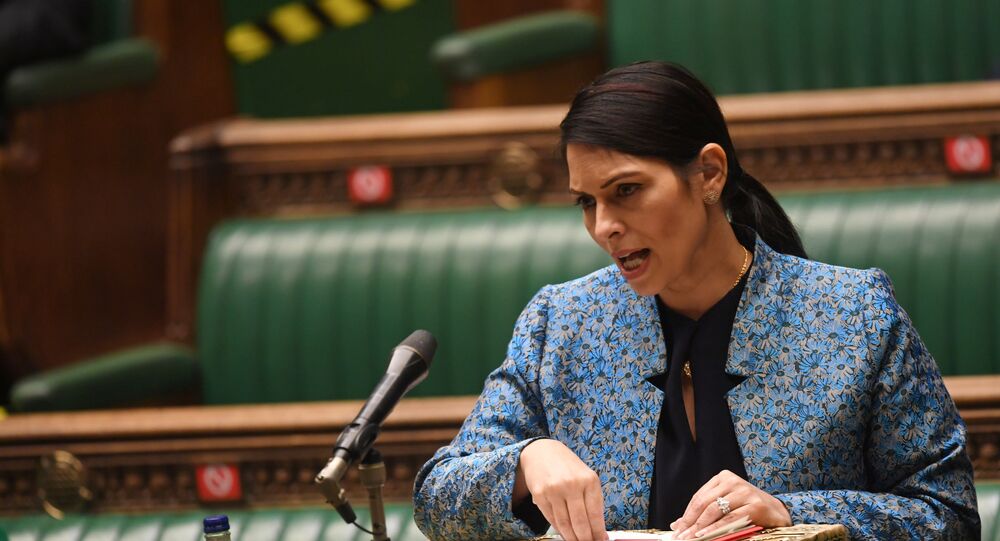 On the night of March 10, 1987 private investigator Daniel Morgan, 37, was axed to death in the car park of the Golden Lion pub in Sydenham, south east London. There have been five investigations but nobody has ever been convicted of the crime.

An independent panel has said the investigation of the unsolved murder of Daniel Morgan showed “a form of institutional corruption" within the Metropolitan Police.

Home Secretary Priti Pate, who was criticised last month for delaying the publication of the report, told the House of Commons it made for "deeply alarming" reading and showed there had been a "litany of mistakes" around the original investigation of the crime.

The independent investigation by a panel led by Baroness Nuala O’Loan - a former police ombudsman in Northern Ireland - was due to publish its report on Monday, 17 May, until Mrs Patel ordered a delay so it could be reviewed by Home Office lawyers.

When asked whether this panel report means “peace at last” @AlastairMorgan says this is ‘just a starter’. He doesn’t know yet what kind of role he’ll play yet. “I’ll be taking a key interest in what happens next”

​That angered Mr Morgan’s family but on Tuesday, 15 June, they put out a statement which said: "We welcome the recognition that we - and the public at large - have been failed over the decades by a culture of corruption and cover-up in the Metropolitan Police, an institutionalised corruption that has permeated successive regimes in the Metropolitan Police and beyond to this day."

The report found no fresh evidence of police involvement in the murder but said the original investigation was poor and a second probe was “pathetic”.

At a press conference Ms O’Loan said: "The family of Daniel Morgan has suffered grievously as a consequence of the failure to bring his murderer or murderers to justice: The unwarranted assurances which they were given, the misinformation which was put into the public domain, and the denial of failings in the investigation.”

An inquiry into the murder of Daniel Morgan has deemed the Met Police guilty of ‘institutional corruption’ and calls the charge ‘very current’.

​"We believe that concealing or denying failings, for the sake of an organization's public image is dishonesty, on the part of the organisation, for reputational benefit. This constitutes a form of institutional corruption," added Ms O’Loan.

This otherwise helpful timeline of the #DanielMorgan case from the Times omits all mentions of News International/News UK employment of the suspects, and News of the World's attempt to derail the final two investigations pic.twitter.com/48AO4r5e0G