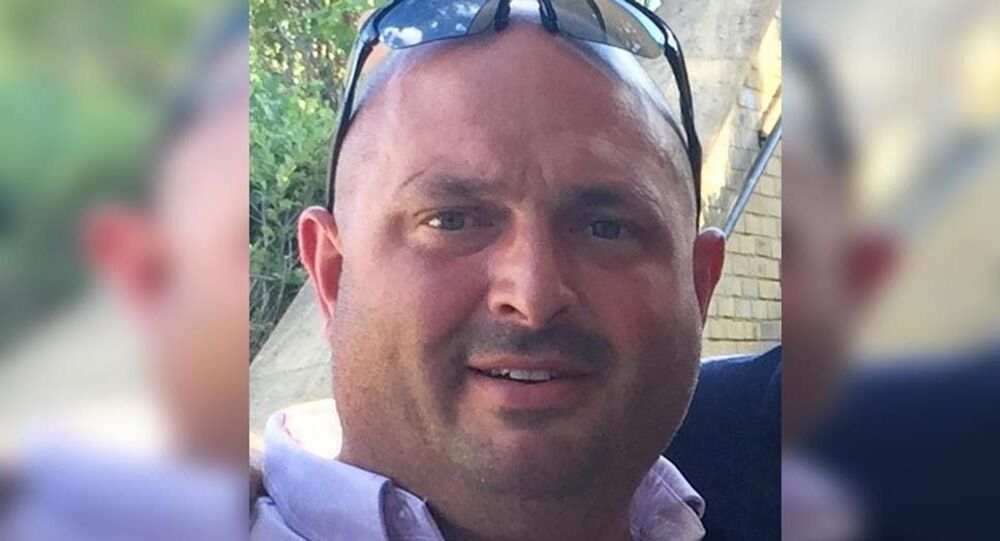 On 17 April 2018, the body of John Woodward, a construction foreman, was found on the roof of a building in London’s Hatton Garden district. Paramedics who were unable to save his life initially thought Mr Woodward had died in a fall.

A building site foreman was slashed with a craft knife and then beaten to death with a metal pole by an Albanian labourer who had been using a false identity, a jury in London has been told.

Elton Sefa, 24, denies murdering John Woodward, 47, but has admitted manslaughter on the grounds of diminished responsibility.

The pair had been working together at the Mastermelt building, a gold smelting business, on 17 April 2018. The building is in the heart of Hatton Garden, a district of central London famous for diamond and other jewellery businesses.

Danny Robinson QC, prosecuting, told a jury at the Old Bailey on Tuesday, 15 June, that after killing his boss Sefa fled the country, catching an Easyjet from Luton Airport to Amsterdam that evening and then travelling overland to his native Albania.

#EltonSefa has been extradited from #Albania and charged with the #murder of #JohnWoodward in Camden in April 2018 https://t.co/hCWnDRKiUo

​He was arrested in the Albanian city of Durres in February 2019 and was extradited back to Britain in January 2020.

Tension Between Pair Day Before

Mr Robinson said the prosecution could not know exactly what caused Sefa to kill Mr Woodward but he said there was evidence that there had been tension between the pair the previous day because Sefa had packed his tools away too early.

The prosecutor said it was also known that Sefa - who spoke poor English - was unhappy about his wages and believed he had been underpaid by G3 Construction, the company who employed both men.

Mr Robinson said Sefa was an Albanian national who had come to the UK in 2017 and he explained to the jury: “When he started work for G3 he used the name Francesco Porcedda. He provided G3 with a national insurance number and those details belonged to an Italian national who was living in London. Sefa used his identity without his consent.”

The prosecutor said that because of his fake identity he became known by his workmates as Frankie or Franco.

The jury was then shown CCTV footage from inside the fourth floor of the Mastermelt building which featured a struggle between Sefa and Mr Woodward taking place on the balcony. The images were difficult to see because they took place against a background of bright sunshine.

Mr Robinson pointed out a sequence where Sefa appeared to be sitting astride Mr Woodward and making movements with his arm, and he said: “The prosecution say those movements are consistent with sawing or cutting motions and you will recall that Mr Woodward had lacerations to the front and back of his neck.”

He then appeared to stand up and strike Mr Woodward with an object.

Immediately afterwards Sefa fled the building, leaving behind his rucksack, took the Tube back to his home in east London and then making haste to Luton Airport and catching a flight to Amsterdam, said the prosecutor.

Mr Robinson concluded: “His escape from Mastermelt was conducted purposefully and efficiently. It was designed to put as much distance as possible between him and Mr Woodward as quickly as possible.”

Paramedics Assumed It Was A Work Accident

He said a Mastermelt employee, Lewis Jenkins, discovered Mr Woodward’s body at 2.35 p.m. that day and called for an ambulance but paramedics, who thought he had suffered the injuries in a fall, were unable to save his life.

Mr Robinson said it was only when a detective checked the CCTV footage that they realised a struggle had taken place and a manhunt began for Sefa.

The judge then gave the jury legal directions on what the prosecution would have to find Sefa guilty of murder, rather than manslaughter due to diminished responsibility.