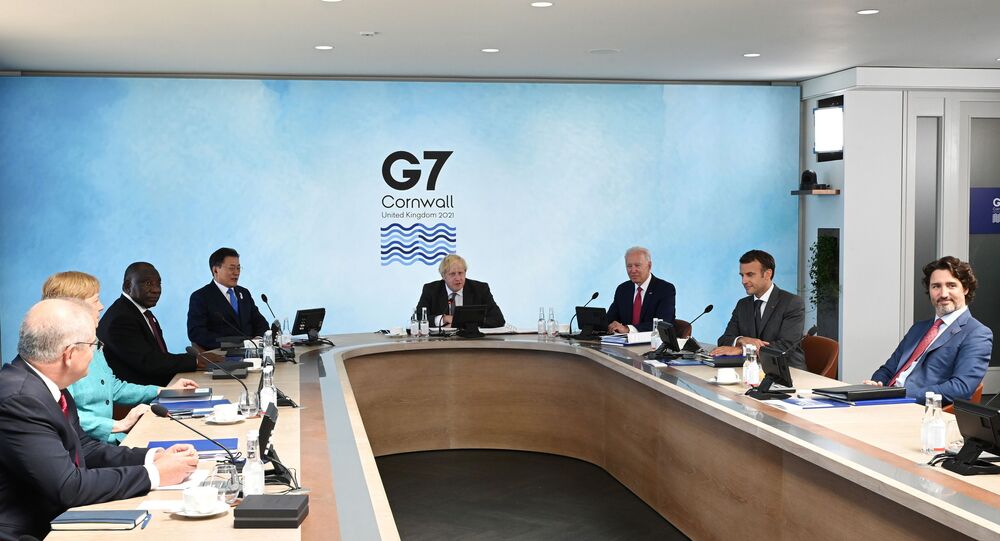 Reporters covering the event complained about disruptions to Internet and cell phone services. Several US correspondents voiced their complaints during a White House press briefing, but American officials blamed the issue on poor connection.

UK media has revealed why phones were mysteriously jammed during the G7 summit, which was recently held in Carbis Bay in Cornwall, England. According to the Daily Mail, the disruption of service had to do with security measures. The newspaper writes that the White House confirmed earlier rumours that UK intelligence was protecting G7 leaders from potential snooping.

"We were told that some of the G7 Summit sessions were going to be conducted in a more secure format. As the host country, the United Kingdom would oversee the communications networks at the Summit", said a White House official as per the Daily Mail.

One of the topics on the agenda of the summit was cybersecurity and measures to tackle cyber-attacks. In a joint communique released on Sunday, G7 leaders called on countries to urgently identify and disrupt ransomware criminal networks operating within their borders and hold those networks accountable for their actions.

The issue of cybersecurity will also be on the agenda of an upcoming summit between US President Joe Biden and his Russian counterpart Vladimir Putin. Last month, two hacking attacks were carried out on American companies, which Washington blamed on Moscow - claims that the Kremlin has vehemently denied.