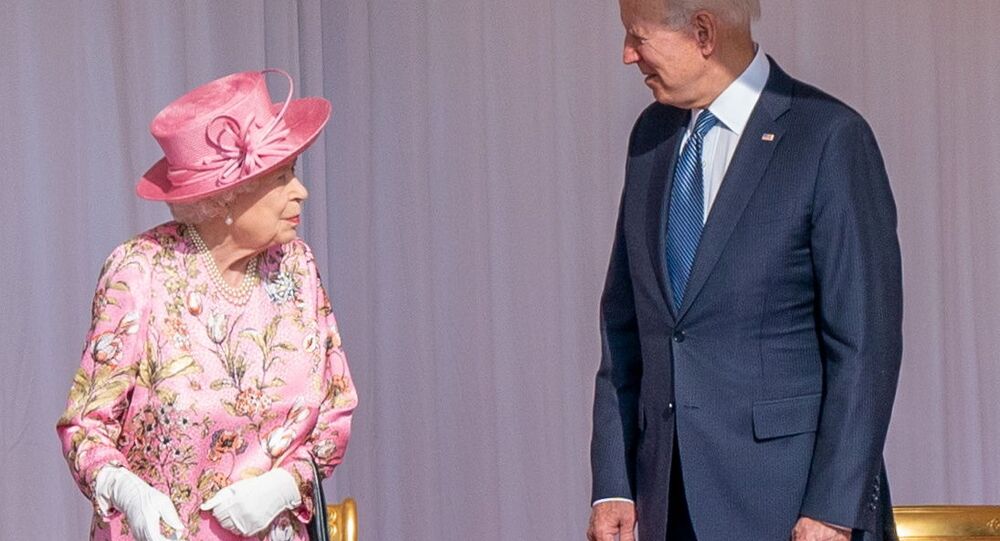 How Joe Biden Broke Royal Protocol When He Visited the Queen

The 46th US president has joined a list of his predecessors who failed to observe the rules of conduct when socialising with the Queen.

The British monarch was hosting Joe Biden and his wife at Windsor Castle on Sunday. Biden participated in an Inspection of the Guard of Honour and watched a military march, followed by teatime with the Queen.

As the monarch greeted the Bidens in the castle’s quadrangle, the US president kept his sunglasses on. When meeting with the British monarch, one is not supposed to wear sunglasses.

The President and First Lady join Her Majesty for tea in the State Apartments at Windsor Castle. pic.twitter.com/X2EKGDpoJd

​Biden shared kind words following his visit with the Queen, saying she was “very gracious".

"I do not think she'd be insulted but she reminded me of my mother. In terms of the look of her and just the generosity", Biden told reporters.

However, he also told reporters before leaving London's Heathrow Airport on Sunday:

Revealing the content of a private talk with the Queen is generally frowned upon, but it happens nevertheless.

POTUS also violated royal protocol while attending a G7 dinner reception, according to the Daily Mail, which reported that Joe and Jill Biden arrived five minutes after the Queen got there with Prince Charles, Prince William and his wife, Kate. Per protocol, all guests must arrive at the venue before the royals and no guest should leave an event before members of the royal family.

Biden’s predecessor, Donald Trump, also broke royal protocol during his visit to London in 2018. Trump briefly walked in front of Her Majesty, instead of alongside her, during their meeting.