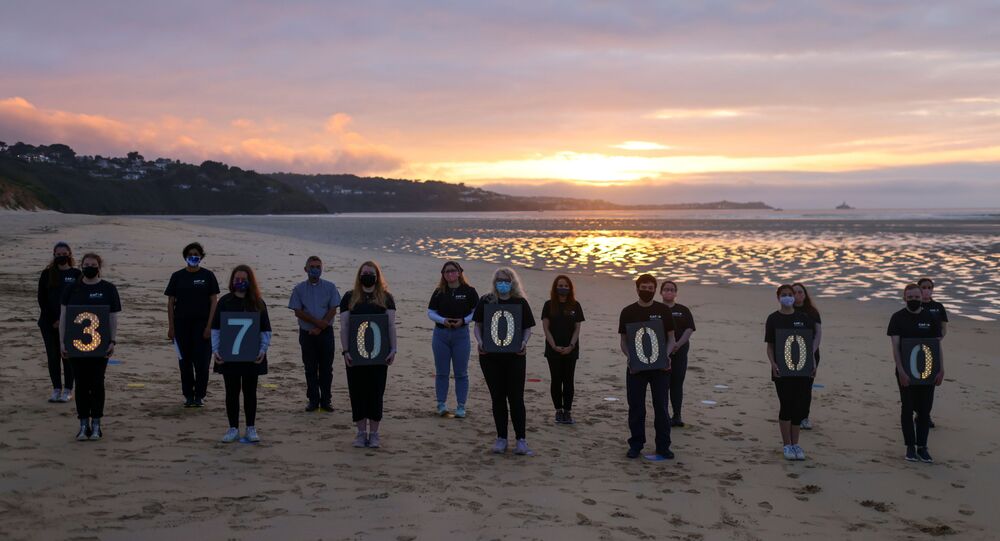 The latest Public Health England Data show that only 12 people died of COVID-19 on Friday, with the seven-day mortality rate down 1.6 percent on the previous week. Meanwhile, almost four-fifths of UK adults have been vaccinated, with over half having had their second dose.

A scientific adviser to the British government has warned of a "substantial" third wave of COVID-19 infections as the 21 June unlocking date looms.

But the latest data shows a slight rise in the number of deaths appearing to level off, as the UK's immunisation programme proceeds apace.

"The really big question is how much that wave of infections is going to translate into hospitalisations", Scientific Advisory Group for Emergencies (SAGE) member Professor Andrew Hayward told the BBC's Andrew Marr on Sunday.

"The fact that we've got 55 percent of the population double vaccinated means that this would be substantially less bad than it could've been", Hayward conceded. "But we still don't know how it could be".

Marr cited new estimates by Public Health England (PHE) this week that the Delta variant of COVID-19 — the so-called "Indian" mutant — was 60 percent more infectious than other forms in household transmission.

Hayward called those figures "extremely worrying", adding that "The fact that the level of hospitalisations form this infection appear to be maybe up to double those from the previous infection is of course also extremely concerning, even in the context of people having had a single  dose of vaccine".

The latest PHE figures show that while almost 8,000 people tested positive on Friday, with seven-day infection rates up by half, the mortality rate was actually down by 1.6 percent over the same period, with only 12 deaths recorded that day.

Meanwhile, the number of hospital admissions with the deadly coronavirus strain had risen by 15 percent over the previous week, lagging far behind the rise in infections.

Almost half a million vaccines were administered across the UK on Friday, some 203,000 first doses and 286,000 booster jabs. More than 41 million Britons — 78 percent of the adult population — have been vaccinated, with 29.5 million or 56 percent having had their boosters.

© REUTERS / HENRY NICHOLLS
UK SAGE Committee Member Backtracks on TV Claim COVID-19 Rules Should Stay ‘Forever’
Speaking at the G7 summit in Cornwall on Saturday, British Prime Minister Boris Johnson cast new doubt on whether the fourth "cautious but irreversible" phase of lifting lockdown restrictions could go ahead on 21 June, or would have to be pushed back by several weeks.

Foreign Secretary Dominic Raab told Marr "we want to move out of lockdown irreversibly" and that the "vast majority" would understand that "we don't want to yo-yo back in and out of measures".

Conservative MP Mark Harper, chairman of the lockdown-sceptic COVID Recovery Group of some 70 backbenchers, hailed the effectiveness of vaccines in 'breaking the link' between infections and severe cases — and warned the government against extending or re-imposing restrictions.

​And independent journalist Patrick Henningsen challenged the narrative as "propaganda".