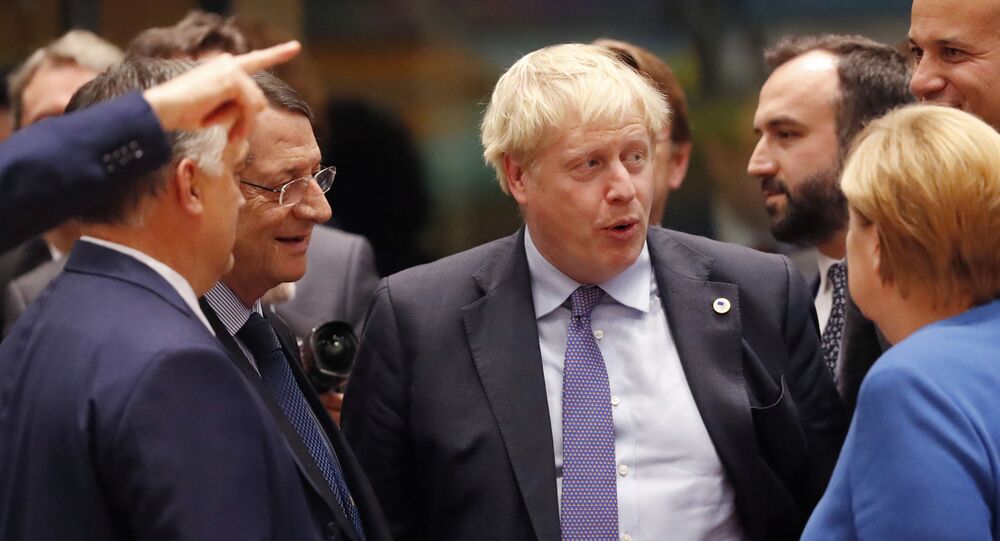 In recent months, Britain and the European Union have attempted to resolve their Brexit dispute, but found themselves at an impasse.

Prime Minister Boris Johnson expects more pressure from EU leaders amid the G7 summit in Cornwall on Saturday, as London and Brussels can't agree on the implementation of the Brexit deal yet again, the PM's office said.

"It's fair to say it [pressure] may well come up", Johnson's spokesperson said, adding that the implementation of the Northern Ireland protocol will be challenging for people in the region, further noting "the risks it poses to the agreement in the current form, and the need to find urgent solutions".

In the meantime, reports by Reuters have suggested that French President Emmanuel Macron had offered Johnson a complete "reset" in London-Paris ties if the Brexit agreement is preserved, while EU Commission chief Ursula von der Leyen stressed that the British PM must keep his word on the deal.

As part of the divorce agreement, Northern Ireland remained in the EU single market and customs union after the UK left the bloc for good on 31 December 2020. In accordance with the Good Friday Agreement, there cannot be a hard border between Northern Ireland and the Republic of Ireland, so all goods and animal-based products coming from the rest of the UK must be checked upon arrival.

As a result, Northern Ireland has been experiencing tensions, with protesters expressing their concern that the deal has effectively created a border in the Irish Sea, separating Northern Ireland from the rest of the kingdom. They also said that checks on goods travelling from Great Britain have caused supply disruptions.