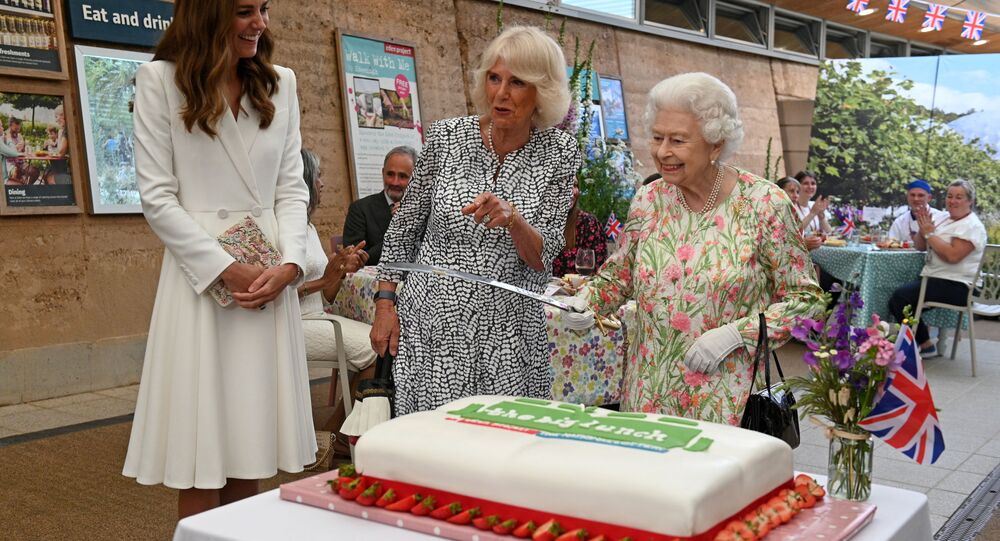 A large cake was prepared to mark The Big Lunch at the Eden Project, a huge indoor rainforest near the G7 conference site in Carbis Bay.

The 95-year-old Queen accompanied by daughter-in-law Camilla, Duchess of Cornwall, and Prince William's wife Kate, Duchess of Cambridge, was in attendance at The Big Lunch in Cornwall when a huge cake to celebrate the event appeared. And the monarch was in charge of slicing into it. An aide told her majesty that there was a conventional knife available, but the Queen replied: "I know there is, this is more unusual".

Elizabeth II took a ceremonial sword handed to her by Edward Bolitho, the Lord-Lieutenant of Cornwall and sliced the cake with Camilla and Kate chuckling happily by her side.

Her Majesty The Queen attacking a cake with a sword, whilst throwing shade.
Yasss, Queen.
pic.twitter.com/2qLTzl2KFc

​After handing the ceremonial sword back, the Queen used a knife to cut a second slice of cake and remarked: "That looks very good".